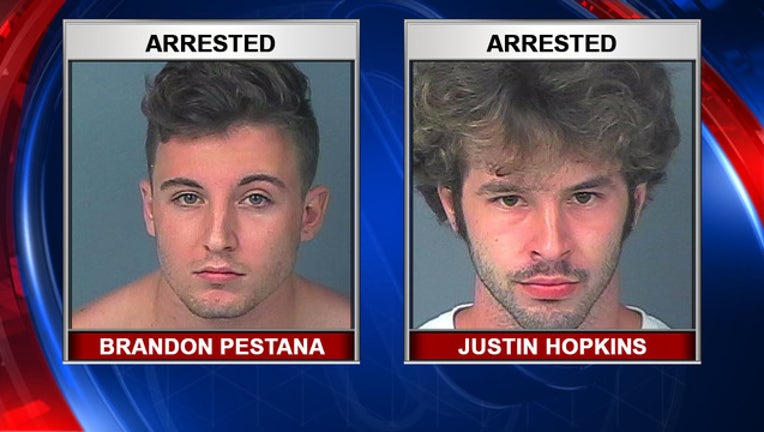 They said the two suspects stole 19 laptop computers, which valued at $9,500. On the same morning, 14 of the stolen laptops were found along the Suncoast Parkway bike trail. Deputies released surveillance video of the two suspects, who were later identified.

Hopkins and Pestana were arrested between Friday and Saturday, and face burglary charges.