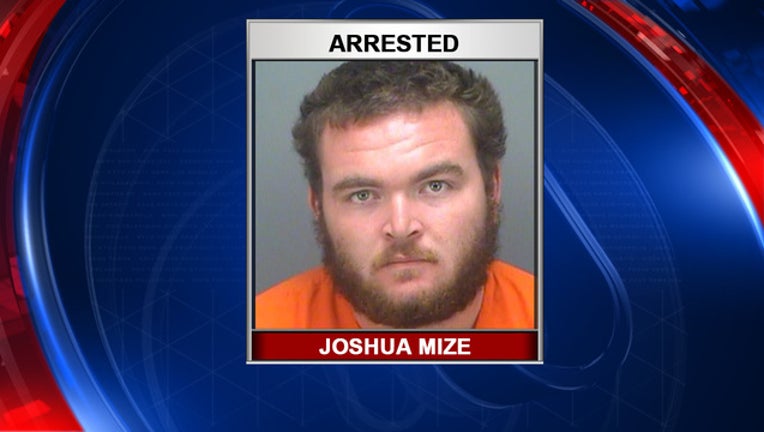 ST. PETERSBURG (FOX 13) - A St. Petersburg man has been accused of burning what appeared to be “smiley” face images onto three children.

St. Peterburg police arrested 21-year-old Joshua Ryan Mize on Wednesday morning. Police said the children, ages 5, 8, and 10, told them that Mize held them down and burned them using a lighter.

According to his arrest affidavit, the “smiley” images had two dots and one in the shape of “U.” He was caring for the children when the incidents occurred, police said.