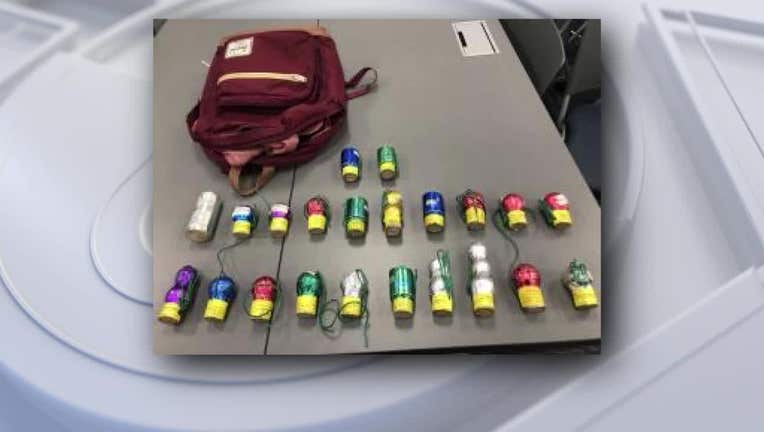 Police say the arrests came after hundreds of protesters walked through St. Petersburg from 2 p.m. until close to midnight. During the walks, the group took over major intersections and halted traffic for several minutes. St. Pete police say they allowed them to continue because they were peaceful.

It wasn't until late in the evening when police say people in the crowd began setting off large incendiaries as demonstrators were walking. Police say this was a concern because there was no way to know what kind of devices were being set off.

When the crowd returned to the front of St. Pete Police Headquarters around 11:48 p.m. officers made a public announcement that it was an "unlawful assembly" and warned the crowd needed to leave the area for the safety of the people gathered and for the police officers.

About 300 protesters walked through St. Pete from 2 p.m. until close to midnight

Two minutes later, police say they began launching smoke bombs in an effort to disperse the crowd. They say, in return, several people threw large fireworks, or mortars, back toward the building.

Police and deputies from the Pinellas County Sheriff's Office arrested a total of 23 people who refused to leave the area. One of the suspects was found with a backpack full of large fireworks.

It was the second night of arrests during an otherwise peaceful day of protest. Three people were taken into custody early Tuesday after police said they found bricks, bottles, and a gas can in  the suspects' SUV.