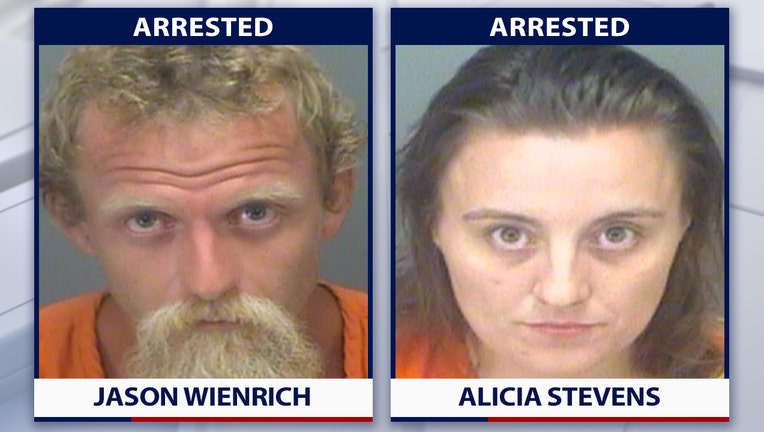 ST. PETERSBURG, Fla. - St. Petersburg police have arrested Jason Wienrich, 31, and Alicia Stevens, 26, after finding images and videos of child sex abuse victims and Stevens on Wienrich’s electronic devices, including a video of him performing a sex act on a child.

Detectives say they began investigating after receiving tips from the National Center for Missing and Exploited Children. Wienrich gave detectives permission to search his devices, according to SPPD.

Wienrich is facing two charges of sexual battery (involving children less than 12), possession of child pornography, unlawful use of a two-way communication device, and promotion of sex performance of a child.

Police say the children involved in this case have been identified and are safe.

Anyone with information about this case is encouraged to call our non-emergency line at 727-883-7780.