TAMPA, Fla. - In 2014, Jose Toledo was living the good life. Back then, he was married to State Representative Jackie Toledo and was a well-respected attorney in Tampa.

But five years later, his marriage broke up, his law firm abruptly shut down, and he was accused of stealing thousands from his clients.

“It was very unnerving, it was very disturbing, it’s very upsetting,” offered Monica Vazquez, one of those clients.

Vazquez had been in a car crash and she went looking for a reputable attorney. She hired Jose Toledo -- a decision she would soon regret.

She got $7,000 settlement for her accident but never saw a dime. When Vazquez went looking for her money, Toledo had closed up shop and skipped town. 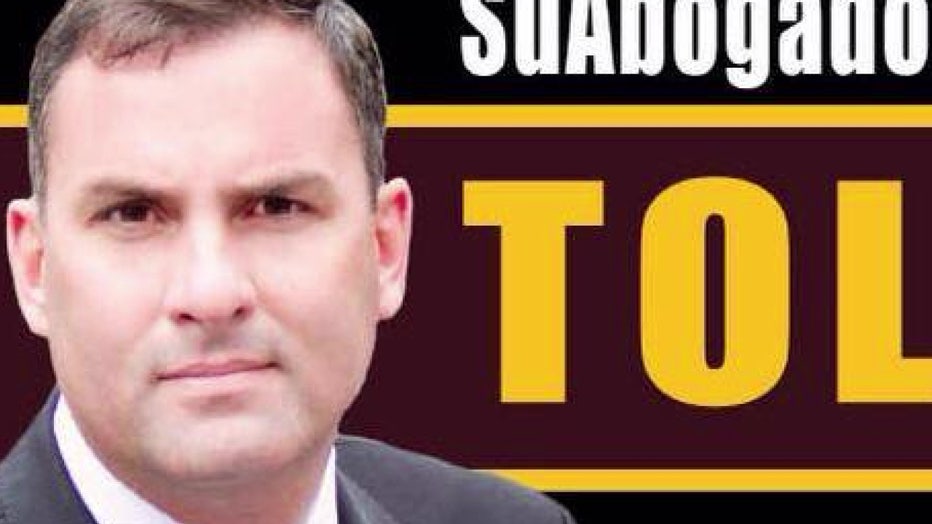 Vazquez says Toledo purposely targeted the Hispanic community because they were vulnerable and he took it advantage of it.

“He wasn’t showing up for their cases. Some of them were starting to get deportation notifications because he didn’t fulfill his obligations. Some of them paid him $8,000 or $10,000,“ Vazquez continued.

That money, along with Toledo, is gone. And less than 24 hours ago, the Florida Supreme Court announced they disbarred Toledo, stripping him of his law license.

Court documents show Toledo may have left the country. So far no criminal charges have been filed against him.

“To leave him just being disbarred but not have to face any criminal charges is not justice,” Vazquez added.