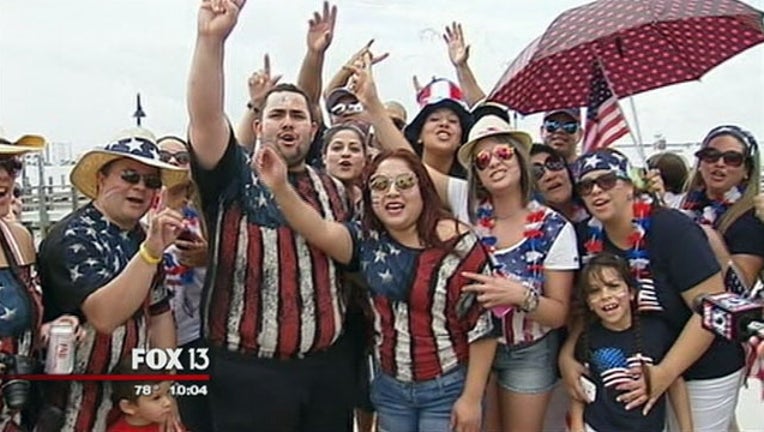 Celebrating the Fourth of July for some means of lighting up the grill, loading up the cooler, hanging out with family and friends and watching fireworks.

While dozens of fireworks shows are taking place across the Bay Area, some will choose to create their own pyrotechnic magic.  As they do every year, local emergency personnel are warning people many fireworks are illegal.

Florida law prohibits any fireworks that fly through the air or explode.  But there is a loophole, according to state law if they are used to scare off birds from farms or fish hatcheries, the explosives are fair game.

Each year mostly within a few weeks of 4th of July nearly 3,000 children ages 15 and under are sent to an emergency room. Children 5 to 9 are at the highest risk of injury.  Expert say, firecrackers, bottle rockets and sparklers cause the most injury.