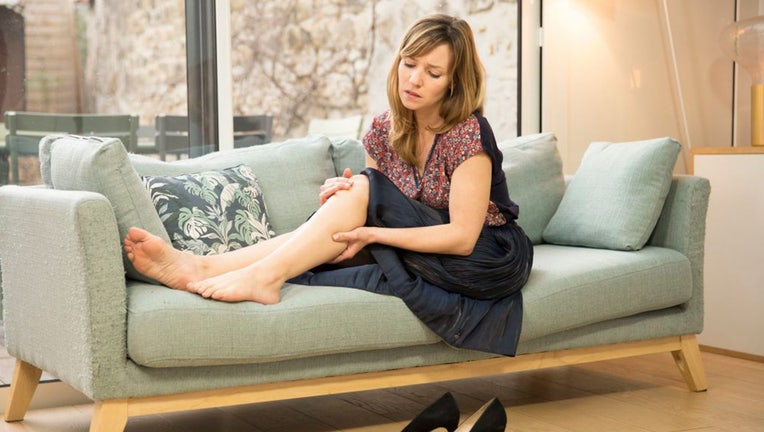 Stiff-person syndrome (SPS), also known as, Moersch-Woltman syndrome, is a rare disease and is characterized by progressive muscle stiffness.

According to Rarediseases.org, SPS is an acquired neurological disorder and the cause is unknown.

SPS involves a spectrum of diseases and symptoms ranging from just impacting one part of the body to becoming widespread, according to Raredisease.org.

Here’s what you need to know about SPS.

It mainly impacts the brain and spinal cord and can lead patients to experience "extreme muscle stiffness, rigidity and painful spasms in the trunk and limbs, severely impairing mobility," according to the National Institutes of Health.

Some muscle spasms can be so violent they can cause bones to fracture.

What are the symptoms?

Depending on the patient, symptoms may vary.

Those who have "classic SPS" may initially experience aching discomfort, stiffness, or pain, especially in the lower back or legs. In the early stages of the disease, the stiffness may come and go but it will eventually become permanent.

Stiffness can also impact the muscles in the neck and shoulders, according to Rarediseases.org. As it progresses, the muscle stiffness in the legs will become more prevalent, and usually more so on just one side compared to the other.

This will eventually lead to a hunched posture. Some may even develop stiffness in their facial muscles and arms. In addition to muscle stiffness, muscle spasms are often common among those diagnosed with SPS.

These spasms may occur out of nowhere or can be stimulated. For instance, some spasms could be triggered by a loud noise, minor physical contact, cold temperatures, or anything that can trigger a heightened emotional response. These spasms are often painful and usually further exacerbate any muscle stiffness, according to Rarediseases.org.

The spasms can either impact the entire body or just a specific area. The legs are the most commonly impacted area for these spasms and often lead to falls. The abdominal area can also experience spasms, causing a person to feel fuller faster and lead to unintended weight loss.

One of the more dangerous areas for spasms to occur is in the chest as this can impact a person’s breathing. The symptoms usually develop over a period of months and may remain stable for many years or slowly worsen.

Typically, symptoms for this disease begin showing anywhere between 18 and 65 years of age, according to the NIH.

It can usually be diagnosed through blood tests. It is a rare disease and about less than 5,000 people have been diagnosed with SPS in the United States, the NIH website says.

SPS is also more likely to impact women in comparison to men.

SPS and its variants

In addition to "classic SPS," there are other variants of this disease that have been reported in patients, according to Rarediseases.org.

Collectively, these variants have been named "stiff-person syndrome plus."

This variant of SPS is characterized as just one area of the body being impacted by the disease, for example, the legs.

Typically a person will experience the same stiffness and muscle spasms associated with classic SPS. The disease also has a tendency to eventually impact both legs and can sometimes develop into classic SPS or even take on more symptoms of the other variants.

This variant is characterized by muscle spasms and stiffness similar to the stiff-limb variant. It also commonly impacts the legs.

This variant also often impacts the brainstem, which can lead to myoclonus.

"Myoclonus is a general term used to describe the sudden, involuntary jerking of a muscle or group of muscles caused by muscle contractions (positive myoclonus) or muscle relaxation (negative myoclonus)," according to Rarediseases.org.

This variant is very similar to classic SPS in that it is characterized by painful muscle spasms and stiffness.

PERM progresses more quickly than the other forms of SPS. The onset of symptoms typically happens within a matter of weeks.

Some symptoms associated with this variant include "vertigo, a lack of coordination of voluntary muscles (ataxia), and difficulty speaking (dysarthria)," Raredisease.org says.

In some cases, nerves in the brain may become impacted and can lead to paralysis of certain eye muscles, rapid, involuntary eye movements, difficulty swallowing, and hearing loss.

Paraneoplastic-related stiff-person syndrome is also more associated with anti-amphiphysin which is an antibody not commonly associated with classic SPS, according to Rarediseases.org.

Treatments for SPS vary depending on the severity and symptoms. Some patients could take a therapy-style course of action such as stretches, water or heat therapies, water therapy, acupuncture and getting routine massages.

Certain medications can also be prescribed to help with the muscle spasms and pain associated with it. And depending on how severe a person’s SPS symptoms are, their prognoses can vary.

There is no known cure for SPS.

Renowned singer Celine Dion announced on Dec. 8 she was diagnosed with SPS in a tearful video shared with fans, adding that some concert dates have either been rescheduled or canceled.

Appearing visibly emotional, the 54-year-old Canadian singer said in an Instagram video that she has "always been an open book, and I wasn't ready to say anything before – but I'm ready now."

"I've been dealing with problems with my health for a long time. And it's been really difficult for me to face these challenges and talk about everything that I've been going through," Dion said.

Dion said her spring 2023 shows have been rescheduled to dates in 2024, and summer shows scheduled between May 21 through July 17, 2023, have been canceled.

This story was reported from Los Angeles. Kelly Hayes contributed to this report.