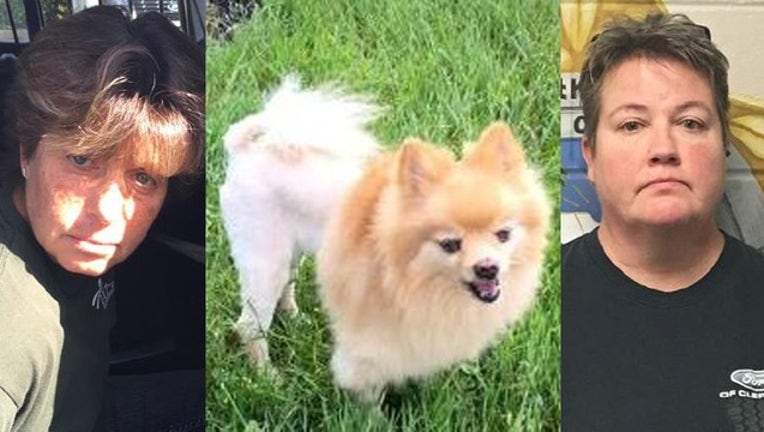 OSCEOLA COUNTY, Fla. (FOX 35 WOFL) - A service dog of a veteran has been recovered and is in good health after being stolen over a week ago in Osceola County.

The Osceola County Sheriff's Office previously responded to Old Town in reference to a theft of a service dog on October 28th. The victim was a 67-year-old Vietnam veteran who said he has PTSD and was at Old Town with his two Pomeranian service dogs.

The veteran reportedly told deputies that a female began an altercation with him while another female came came behind him and unleashed one of his dogs, 21-year-old Kira. The victim never saw the second female and he had no idea what happened to Kira. The incident, however, was captured on surveillance video and showed the suspect stealing Kira.

Then, on Novemeber 7th, the Osceola County Sheriff's Office shared an update on this story, revealing that -- with the assistance of the Lake County Sheriff's Office and the Winter Garden Police Department -- deputies were able to identify and obtain warrants for Jennifer Gotschall and Monique Cosser for the theft of Kira. They have both been charged with Grand Theft and Kira has been recovered and is in good health.

The Sheriff's Office went on to say that a tip from a concerned citizen is played an important part in finding Gotschall and Cosser.