Duquan Sheppard is in the Pinellas County Jail facing 11 felonies. The 21-year-old was busted by officers last week after officers responded to a home for a reported shooting.

That victim was Sheppard’s brother and the shooting happened inside their house, police say.

While investigating the gunfire, officers searched Sheppard’s bedroom and discovered two illegal firearms, various calibers of ammunition, and evidence connecting him to multiple crimes, according to court documents.

"During the investigation, officers came across approximately 20 key fobs, firearms, credit cards, and a Vespa that was located on the property," said Ashley Limardo with St. Petersburg Police.

According to arrest paperwork, detectives linked Sheppard to a string of crimes that started back in September with a mustang that was swiped from a driveway in Pinellas County.

The Vespa found in Sheppard’s backyard was allegedly stolen from a garage just before Christmas, and at least two of the wallets and car keys that were in his bedroom were taken earlier this month from cars that had smashed windows. 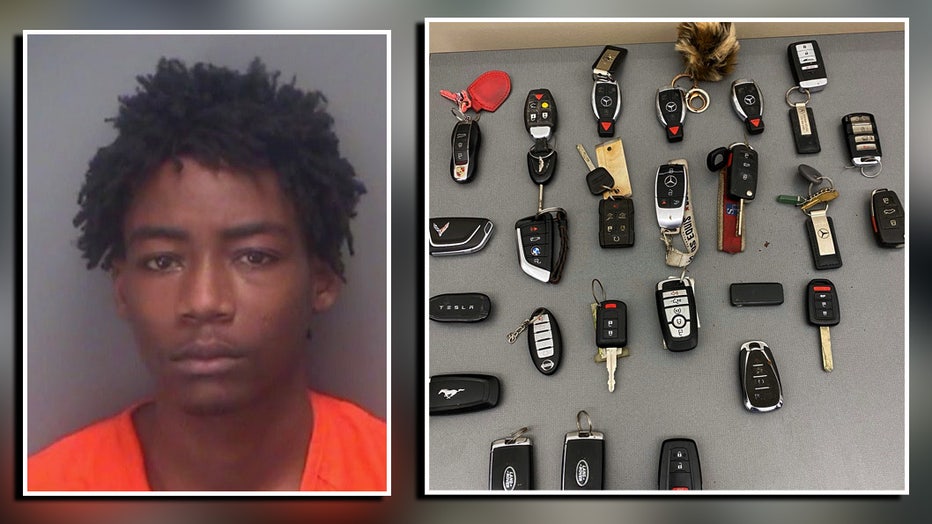 It is not clear if the owners of the other luxury key fobs have been located.

Sheppard has been charged with multiple felonies since he was 18, and according to police is a known gang member. Investigators believe Sheppard may also be connected to cases in nearby cities and counties.

St. Pete police say many thieves target cars that are left unlocked. They want to remind everyone not to leave valuables or guns in vehicles, take keys with you, and make sure to lock up.