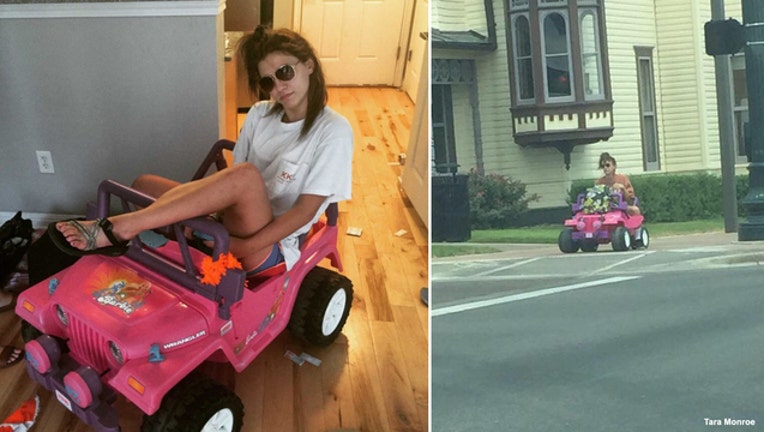 How do you get to where you need to go after a DWI arrest? One Texas college student rejected the idea of public transportation or a bike and decided on a Barbie Jeep.

According to mySA.com, Texas State University student Tara Monroe lost her driver’s license when she refused a breathalyzer test after a Waka Flocka concert. Her father also took her vehicle and left her with a bike.

The 20-year-old industrial engineering junior told the newspaper “riding a bike around campus sucks.” Instead she found a battery-powered Barbie Jeep on Craigslist for $60 and named it Charlene after the little girl she bought it from.

Most people who have see her on campus have laughed, many sharing pictures on social media. Monroe said those who know her understand that her new pink wheels fit her personality.

“Basically, it was the best decision I’ve made in college, yet…” she told mySA.com.