Student hopes to deliver message about teachers to president

TAMPA, Fla. - Parker Williams isn't the biggest fan of going to school each day but he thinks his third-grade teacher, Mary Hall Chambers, is great in the classroom.

"She spends time on everyone, and she pays attention to everyone and tries to like give you, give everyone the equal amount of attention that they need," Parker said.

Two weeks ago, the 9-year-old decided he wanted to give Mrs. Chambers a present, so he gathered up the rest of his birthday money.

"I gave her $15 with a note that said… I don’t think teachers get paid enough and will you accept this gift," Parker recalled.

When she finally read the paper, Chambers says she was surprised by the thoughtfulness behind his gift, which is like none she has never received from a student before. 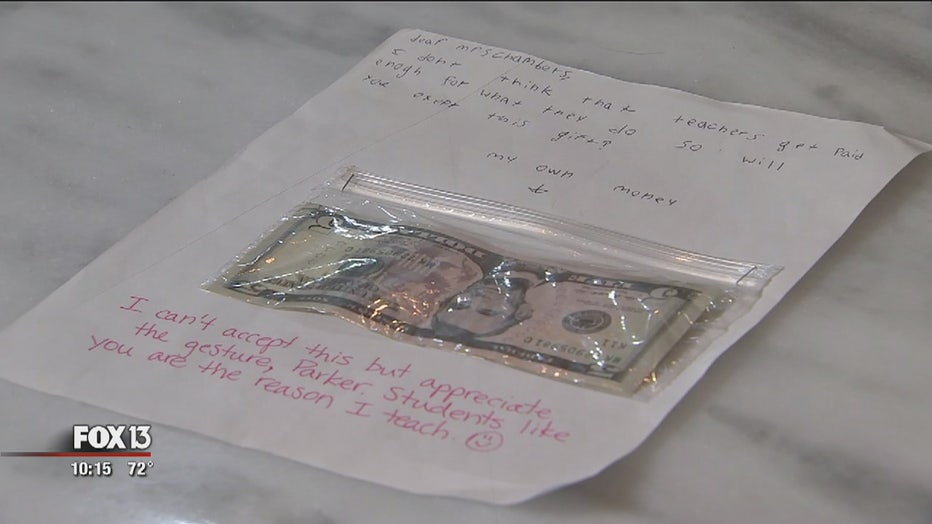 "Just handed it to me and walked back to his desk, and he was just very nonchalant about it," Chambers recalled.

Chambers said she almost was brought to tears, so she sent Parker back a note saying, “I can't accept this but appreciate the gesture, Parker.  Students like you are the reason I teach."

Parker's parents said they had no idea their son had done this until finding the note in his backpack the next morning.

"I just got choked up on it, I showed my wife, I’m like, 'Look at this,’ and she did the same. And so we had a great parenting moment at that point," Parker’s father, Darrell Williams said.

They’re proud of Parker for being so sweet, and clearly learning valuable lessons at home and in the classroom about being kind and helping others. 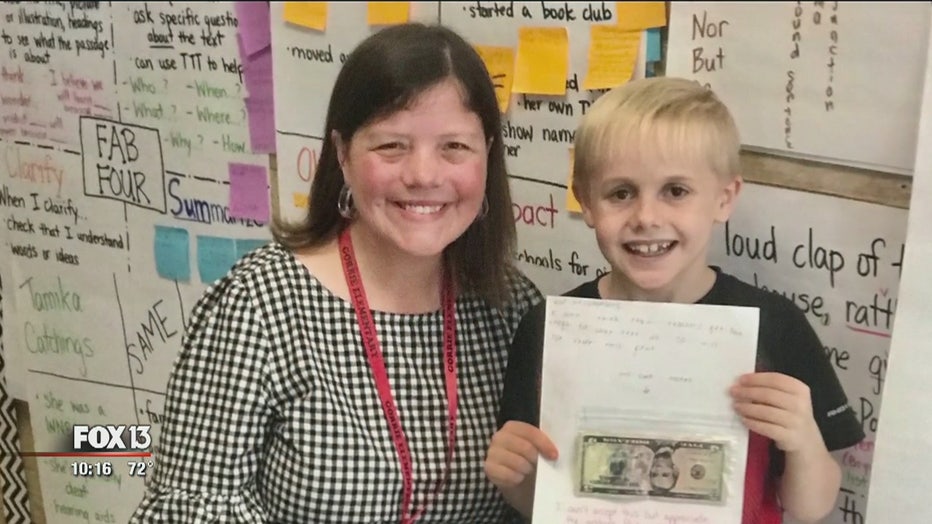 "I just think he knocked it out of the park on this one, I really do," Williams said.

Parker says he isn't done yet. He wants to meet President Trump so he can deliver a message about teachers.

"That they don’t get paid enough and I think that he can, that he can make a difference," Parker added.