LOS ANGELES - Air pollution that is a direct result of agricultural production mostly related to livestock in the United States causes nearly 18,000 annual deaths in the country, according to a recent study.

The study, published in "Proceedings of the National Academy of Sciences" in May, stated that of the 17,900 people who died as a result of the air pollution, 15,900 (80%) people die a year in the U.S. due to the pollution created by animal production as well as indirectly through methods of producing animal feed.

The mortality rate from farm-related air pollution can be cut down by 50% if farmers started practicing "improved livestock waste management and fertilizer application practices that reduce emissions of ammonia," the study stated. 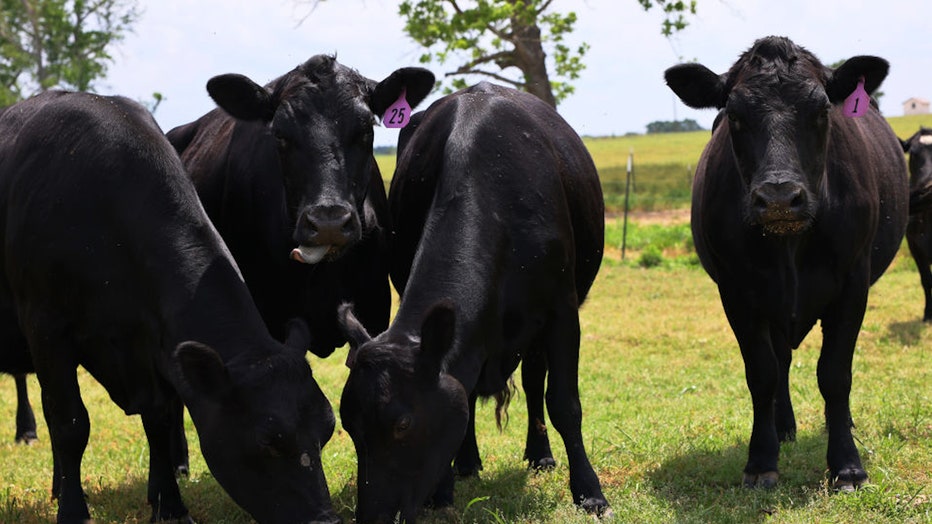 Major contributors from farms that impact the overall health of humans through air pollutants include livestock waste and fertilizer application, dust from tillage, livestock dust, field burning and fuel combustion in agricultural equipment use, the study said.

The top 10% (308) of counties in the U.S. causing the most damage to air quality are mainly located in California, Pennsylvania, North Carolina and along the Upper Midwest Corn Belt, the study said.

"Dietary shifts toward more plant-based foods that maintain protein intake and other nutritional needs could reduce agricultural air quality–related mortality by 68 to 83%," the study continued.

While there are very few studies linking human diets to contributions to air pollution, the study highlighted that man-made pollutants are "responsible for about 100,000 premature deaths each year, one-fifth of which are linked to agriculture."

"Meaningful reductions in air quality–related health damages will likely require simultaneous interventions, such as dietary shifts and changes in how we manage livestock waste and apply fertilizer," the study stated.

In a November 2020 study highlighting the long-term benefits of switching to a plant-based diet, researchers said a nearly complete switch around the world could slash almost 720 billion tons of greenhouse gases (650 billion metric tons).

If the world food system keeps on its current trajectories, it will produce nearly 1.5 trillion tons of greenhouse gases (almost 1.4 trillion metric tons) over the next 80 years, the study found. The emissions primarily come from belching cows, fertilizer, mismanaged soil and food waste.

The amount of emissions — even if the globe stops burning fossil fuels which produce twice as much carbon pollution as food — is enough to likely warm Earth by more than the goals set in the 2015 Paris climate accord, scientists said.

While it seems an impossible task to get the entire world to switch to veganism, the 2020 study found that a 100% dietary switch is not necessary.

If people put forth only a 50% effort to switch to a more plant-based diet, eating the correct and healthy number of calories required for an adult (about 2,500) a day, produced less food waste, and if farms used less fertilizer and managed their soil more efficiently, emissions would plummet by almost 940 billion tons (850 billion metric tons).

And that, with fossil fuel emissions cuts, would give the world a fighting chance of preventing another 0.5 to 1.3 degrees (0.3 to 0.7 degrees Celsius) of warming, which the Paris climate accord aims to do, the study suggested.

"Something like convincing the whole world to go vegan was always going to be an impossible large sell," said Breakthrough Institute climate director Zeke Hausfather, who wasn’t part of the 2020 study. "This paper shows that a mix of different behavioral and technological solutions can make a real difference."