TAMPA, Fla. - The stunt is over, but the consequences are far from over. The streaker who ran across the field during the Super Bowl game in Tampa went before a judge Tuesday.

Yuri Andrade hoped to cut a plea deal with prosecutors, but the last deal was rejected by the judge.

At Raymond James Stadium in February, Andrade -- wearing a pink bodysuit and black shorts -- was chased across the field by a team of security. He was arrested and charged with misdemeanor trespassing.

In April, Andrade wanted to cut a deal and avoid a trial, but the judge had other ideas. Hillsborough County Judge Jack Gutman rejected the plea deal probation followed by community service, which Andrade wanted to avoid by writing a check.

"My client would like to buy out his community service hours," his attorney told the judge.

"I think it’s very important that people that have means not be able to get out of a difficult situation by just writing a check they have to serve the community," he said. 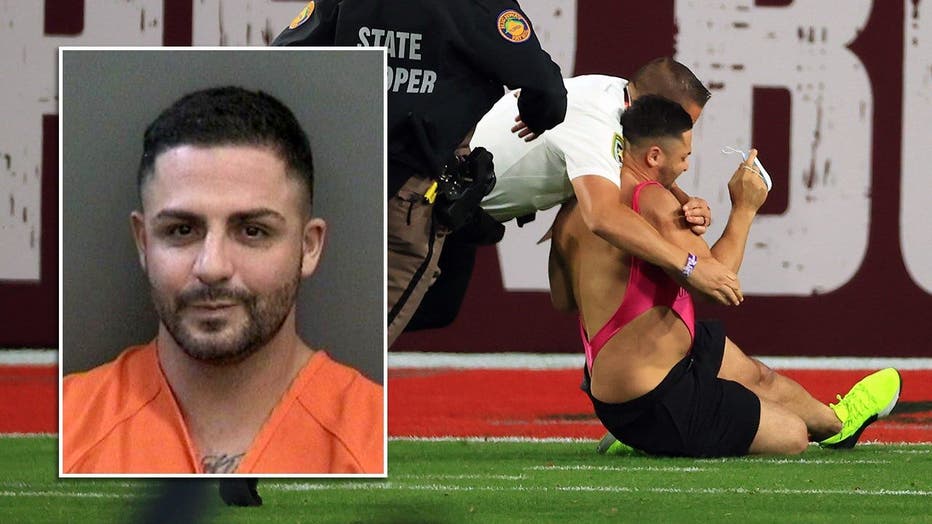 During a virtual court hearing, his attorney gave the judge an update on plea negotiations, saying there was now an agreement with the state to allow Andrade to serve probation and complete community service.

But this time the judge approved the deal with a stern warning.

"I think you can tell by now what might have been amusing at the Super Bowl was not very amusing and it inconvenienced a lot of people," Gutman said.

To which Andrade said, "No more streaking, I promise."

Under the plea agreement, Andrade will be under 12 months of probation, 100 hours of community service, and also write an apology letter to the NFL and pay a fine.