SURFSIDE, Fla. - Victims of the 2021 Surfside condo collapse in South Florida have reached a staggering $997 million settlement after the tragedy claimed the lives of 98 people.

The settlement with insurers, developers and defendants was announced in a court hearing on Wednesday, according to the Wall Street Journal.

It comes six weeks before the one-year anniversary of the collapse of the 12-story Champlain Towers South condo building, which happened in the early morning hours of June 24, 2021. Rescuers spent weeks carefully digging through mountains of concrete in an effort to find survivors, and later to recover the remains of those who died.

"I’m shocked by this result — I think it’s fantastic," Miami-Dade Circuit Court Judge Michael Hanzman said in court, according to a report from the New York Times. "This is a recovery that is far in excess of what I had anticipated." 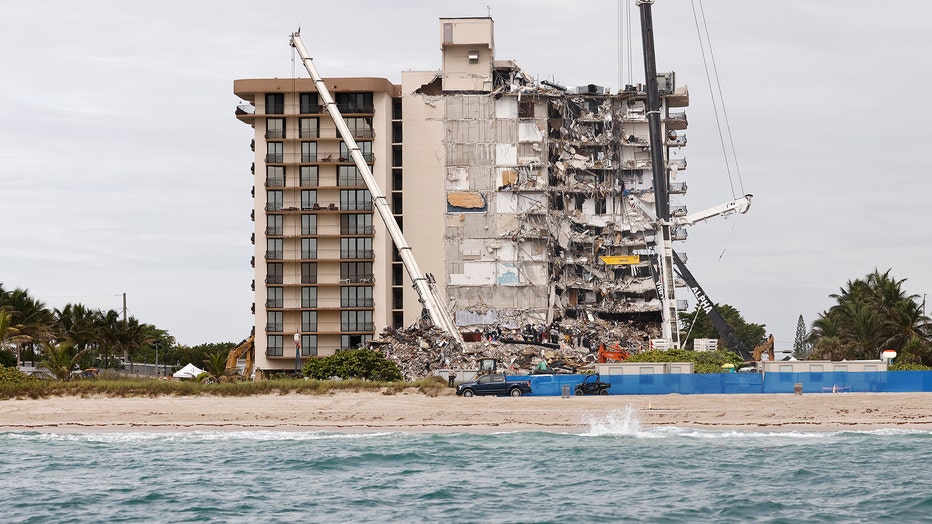 The collapse triggered lawsuits from victims, families and condo owners as well as state and federal investigations. In December, a Florida grand jury issued a lengthy list of recommendations aimed at preventing another condominium collapse, including earlier and more frequent inspections and better waterproofing.

How to prevent another Surfside tragedy

State Sen. Jason Pizzo and other experts told FOX 13 that state law requires rigorous inspections during construction, including foundation, framing, and structure. But after those are signed off, it's up to local governments to order additional screening.

Hanzman said the settlement will eliminate years of legal battles, as well as millions of dollars in attorneys' fees, WSVN reported.

Prior to Wednesday's announcement, the judge had approved a much smaller settlement of $83 million to go to owners of units in the destroyed building in order to cover their property losses.

The nearly $1 billion settlement will still need a final stamp of approval. It is unclear how the money would be divided up between the survivors and the families of the victims who died in the collapse.