Surveillance video shows the armed suspect that police say has been targetting people in Ybor City and trying to rob them.

TAMPA, Fla. - Tampa police are searching for an armed robber who may have held up several people in the Ybor City area.

Detectives released a surveillance video showing the suspect riding a bicycle on East 7th Avenue in front of Centro Ybor. They said he pointed a small, silver revolver at two victims on the second floor of the Palm Avenue parking garage demanding money.

One of the victims attempted to wrestle the suspect’s gun from him, but was unsuccessful, detectives said. The suspect fled from the parking garage on a bicycle.
Officials believe the same suspect could have been involved in a robbery near 19th Street North and 7th Avenue East. It’s also possible he was involved in an incident that occurred in the parking lot behind Gaspar’s Grotto. Police said the suspect – on a bicycle -- followed the victims to their car. When they were in the parking lot, the suspect pointed a silver revolver at them, took their property and fled on the bicycle. 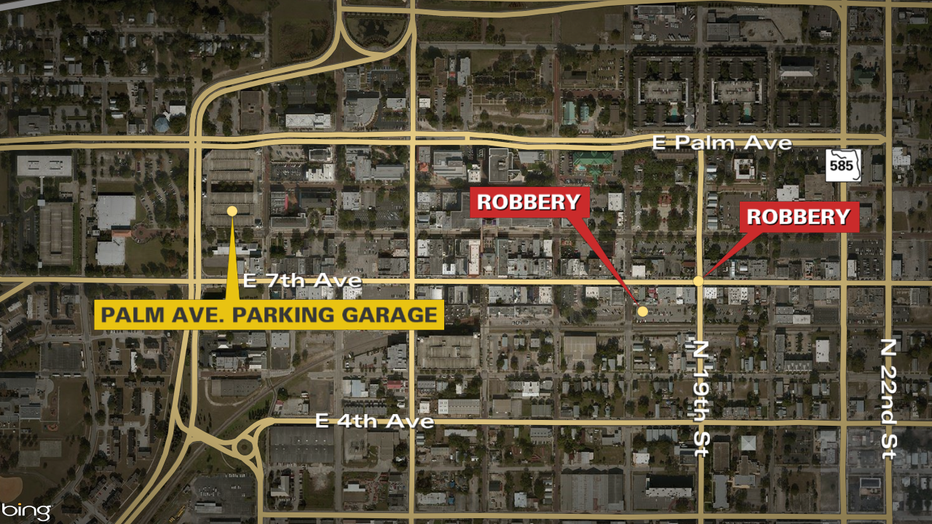 Police are warning the public that, unless the suspect is caught and arrested, he will likely continue. 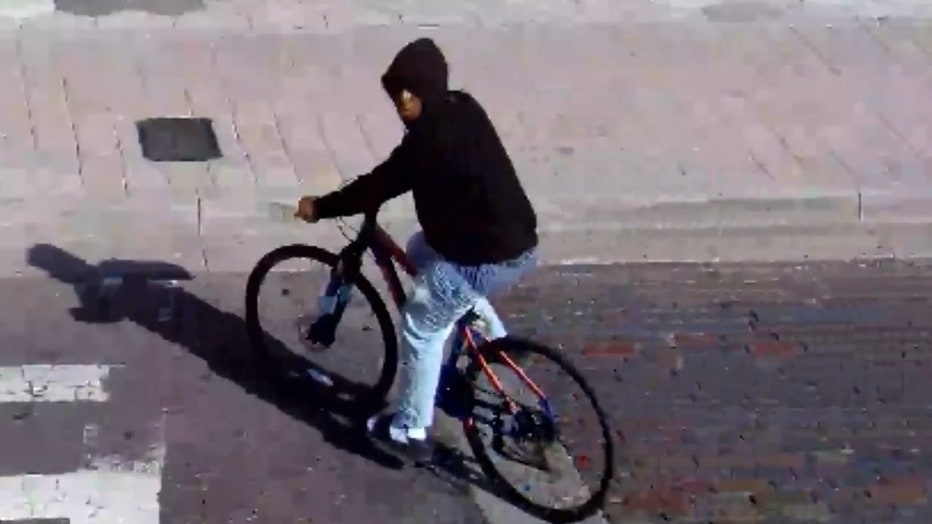