ST. PETERSBURG, Fla. - The 2022 hurricane season comes with added challenges, including higher inflation and increased gas prices ahead of potential evacuations if severe storms head for the Bay Area.

High gas prices are enough to keep some Floridians from leaving town during a hurricane, according to a new survey from the AAA Auto Club.

"Evacuation is always problematic on a good day, having folks understand where their evacuation zone is and whether they should stay or go. It’s not a new issue, it just kind of compounds that issue," said Amber Boulding, the emergency manager for the City of St. Petersburg.

Gas costs are expected to remain high through the summer – so emergency managers are sharing how to plan around your wallet. The survey found two in five Floridians or 42% of those surveyed would hesitate to evacuate their homes because of prices at the pump. Residents at a St. Pete hurricane prep expo Wednesday said they aren’t surprised.

"I don’t know so much that they wouldn’t leave. It’s more concerning that they can’t leave," said Kathy Sands, a St. Pete resident.

Tampa Bay resident Jessica Nichols said she can relate as gas pries go up. A 2018 New York Times article on Hurricane Michael evacuations found families spent anywhere from $200 to $1,000 to leave the panhandle at that time.

"You have to find a place to stay, a place to go, that could become very expensive," said Nichols.

Even before hotel stays and full gas tanks, residents said just preparing for a hurricane can be expensive. Nichols said her hurricane kit isn’t ready, and she learned what supplies to include at Wednesday’s expo in St. Pete. 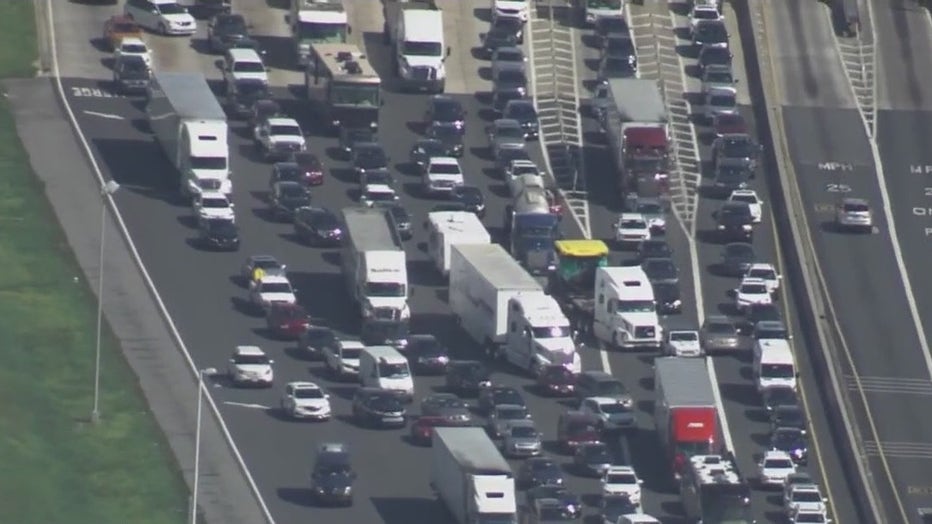 "We’re out here today to get those kits started. There’s flash lights and batteries and water and canned goods," said Boulding.

Sands said she stretches her paycheck and had to think ahead to prepare for the season.

"For those people who might be a little more hesitant about evacuating due to higher prices, I think it’s a good idea now to make part of your hurricane preps to start setting aside an evacuation budget. That way, the higher cost of gasoline or hotels is not the reason that you stay home," said Mark Jenkins, a spokesman for AAA Auto Club.

Emergency managers said picking up a few extra canned goods here and there or making supplies a little at a time will help build up a hurricane kit, so you’re spreading out the purchases instead of hitting your budget all at once.