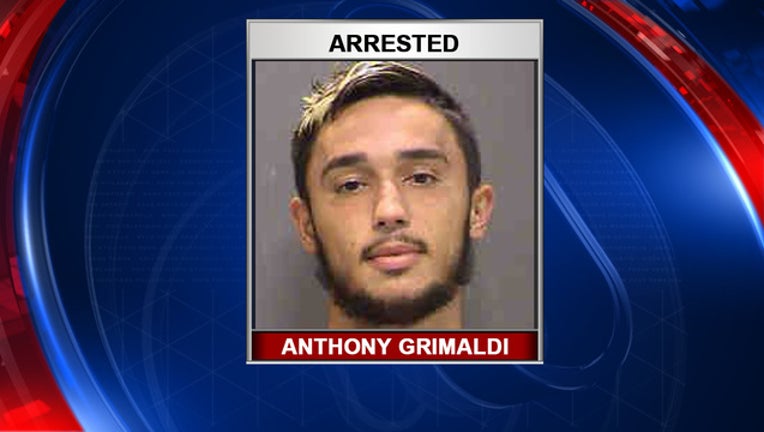 NORTH PORT (FOX 13) - A 19-year-old from Punta Gorda was arrested for threatening a shooting at a North Port High School homecoming dance.

North Port police said they arrested Anthony Grimaldi after learning he made threats to an ex-girlfriend, who is a student at the high school, saying he would go to the dance and “shoot everyone” if she danced with other boys.

Police said he also sent an Instagram message to a teenage boy writing, “I’m coming for your head.” The message included a photo of himself holding what appears to be an AR-15.

According to Grimaldi’s arrest affidavit, police searched his home and found an AR-15 and a 9mm handgun. He was arrested on Thursday.

The homecoming dance is scheduled for September 29.