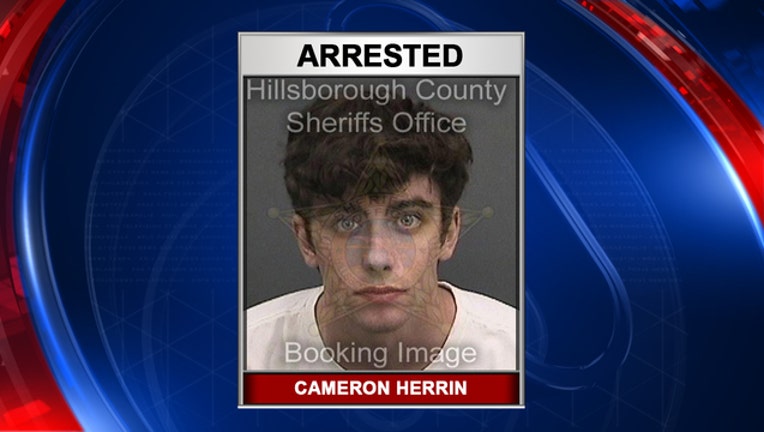 TAMPA (FOX 13) - One of the suspects in a case of alleged street racing on Bayshore Blvd. has been arrested on a second count of vehicular homicide, according to online arrest records from the Hillsborough County Sheriff's Office.

Cameron Herrin, 18, initially faced one charge of vehicular homicide for the death of a woman he allegedly hit and killed Wednesday. Also injured in the incident was the woman's 21-month-old child.

After the toddler's death a day later, Cameron Herrin was given an additional charge of vehicular homicide.

His initial charges also included unlawful racing on a highway and reckless driving resulting in serious bodily injury, related to the injury of the toddler. He was released on $10,000 bond.

Now that he faces a second vehicular homicide charge, he is being held without bond.

Cameron's older brother, 20-year-old Tristan Herrin, was a passenger in the 2018 Ford Mustang that hit and killed 24-year-old mother Jessica Raubenolt, who was pushing her daughter, Lillia in a stroller.