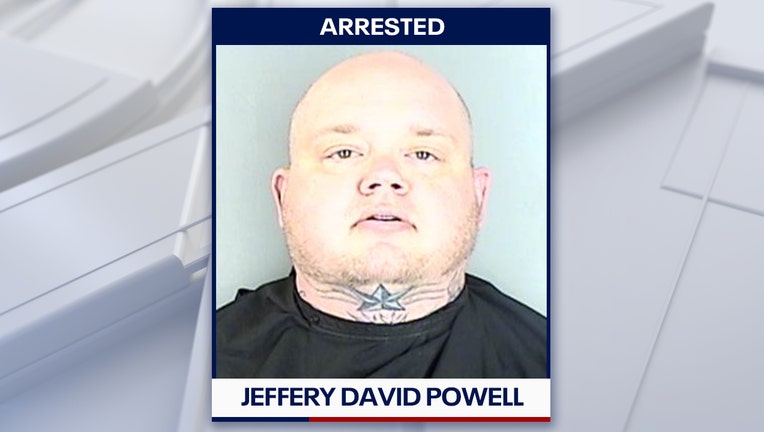 COLUMBIA, S.C. - The suspect in the killing of three people in rural South Carolina hopped on a plane after the shootings and was arrested hours later at a Florida hotel, authorities said.

A man and two women were killed in the shootings Monday around 3 p.m. inside a Greenwood County home just off U.S. Highway 25, Sheriff Dennis Kelly said.

A child was also hurt in the shooting but managed to get out of the home and go to a neighbor who called 911, Kelly told The Index-Journal of Greenwood.

Jeffery David Powell, 36, was arrested by US Marshals at a hotel in Jacksonville, Florida, deputies said in a statement early Tuesday morning.

Kelly told the newspaper that Powell flew to Florida on a commercial flight but didn’t give details about how he got to the airport or what led to his arrest.

Deputies were still trying to determine what led to the shooting, Kelly said at a news conference Monday evening.

"There’s a relationship there, but we’re still trying to get some of those details on how they know each other," the sheriff said.

Powell has a charge of breach of trust of between $2,000 and $10,000 pending in Greenwood County and was convicted of domestic violence in both 2013 and 2014, according to court records.

Deputies did not say if Powell had a lawyer and they did not detail what charges he is facing in the shootings.

The names of the people killed have not been released by the Greenwood County Coroner’s Office.