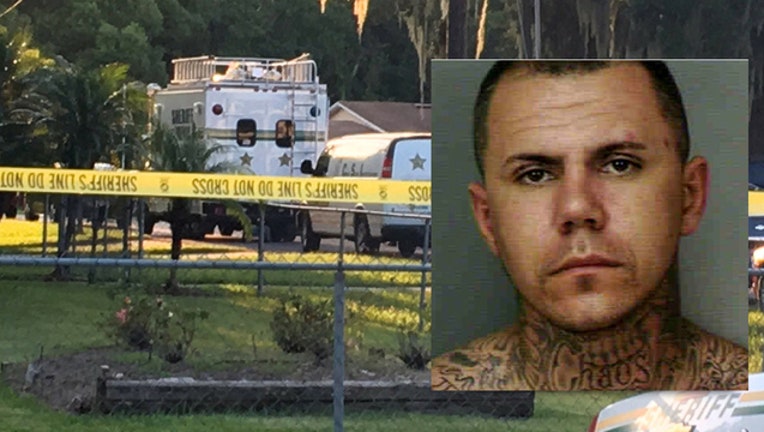 Sheriff Judd said members of the High Intensity Drug Trafficking Area (HIDTA) task force conducted a traffic stop near Woodland between US 92 and Golfview St. Judd said officers believed a wanted man was inside the vehicle.

When officers asked for the vehicle's darkly-tinted windows to be rolled down, they were met with gunfire, Judd said. Officers returned fire and "neutralized" the suspect inside.

Judd said the suspect, identified as Francis Perry, a known, violent felon, fired five shots at officers who returned fire with 28 shots. Five of them struck Perry, who later died at the hospital. "He was full of holes," Judd said at a news conference Thursday.

Officers pulled Perry from the vehicle and began CPR while rescue crews were called. Officers found a stolen gun from Pasco County inside the vehicle along with about $4,500 worth of methamphetamine.

During a news conference Wednesday evening, Judd said Perry was a suspected member of a white supremacists group and had a long criminal history including aggravated assault, fleeing, impersonating an officer, felon in possession of a firearm, giving false information to law enforcement, possession of meth and marijuana, vehicle theft and burglary. He was released from jail in March, 2016.

Judd said there would be several investigations into the actions of the officers, but defended their conduct.

"The message is very clear. Don't point your guns and shoot at law enforcement officers if you don't want to be shot," Judd said.

The HIDTA task force that pulled Perry over was comprised of officers from multiple agencies, including Winter Haven police, whose chief echoed Judd's message.