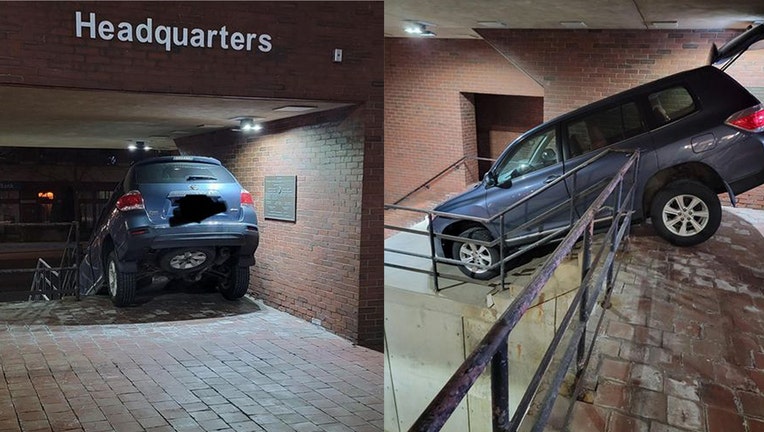 PORTLAND, Maine - A suspected drunk driver crashed through a police garage in Maine, authorities said in a Facebook post on Saturday.

According to the Portland Maine Police Department, the 26-year-old female driver said she was simply following her GPS instructions.

However, officers who responded to the scene quickly determined that her excessive blood alcohol level greatly contributed to her reckless driving across a pedestrian plaza, lodging the car through the stairs of the police department’s garage.

Police say no one was injured and the crash only resulted in some property damage.