NEW PORT RICHEY, Fla. - Three women out for an afternoon walk are now recovering in the hospital after officers they were hit by a suspected drunk driver Wednesday afternoon.

Witnesses say it was a frightening scene as bystanders rushed to help the women, who were thrown across the road when they were hit by a pickup truck.

"All of the sudden, kaboom! We heard that. Everyone is running, 911," said Kari Hawley, who works at the produce stand across the street and saw the crash.

Bystanders said the victims were nurses at a nearby facility and are frequently seen walking along the sidewalk.

It was around 4 o'clock Wednesday afternoon when they were walking along Grand Boulevard near School Road. Investigators say the pickup truck's driver was headed southbound on Grand when it began to drift left. The truck hit a northbound Kia SUV before hitting the three nurses.

"My customer was already across the street. She said she seen the black truck. The girls had seen them. They started running. He hit two, they flew and then hit a third one in the green," Hawley said. 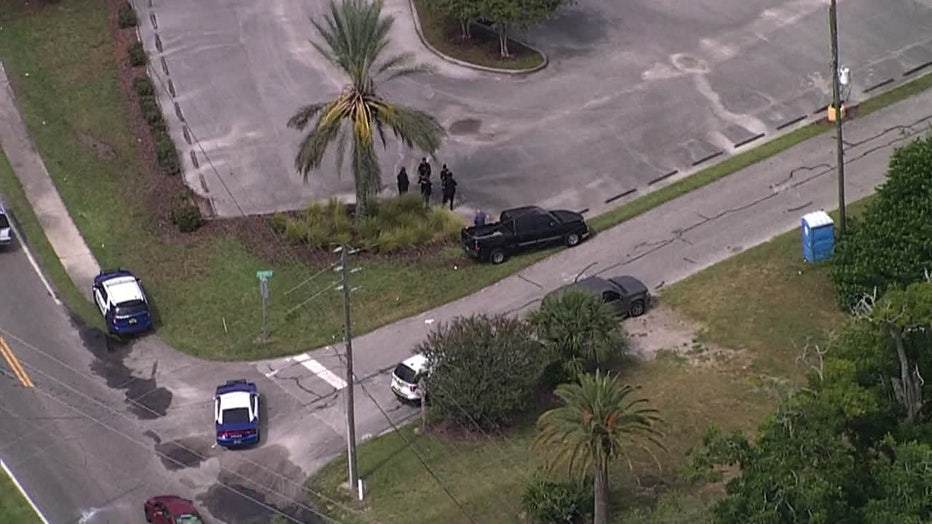 The driver and passenger of the Kia SUV both went the hospital, with one possibly suffering a broken leg.

The driver of the truck suffered minor injuries.

"It's not a very smart decision. He was arrested. He's in the process of being transported out to the jail under the suspicion of DUI," New Port Richey Police Sgt. Greg Williams said.

Other witnesses who rushed to help, but didn't want to go on camera, told FOX 13 the experience left them shaken.

Hawley said she is hopeful the victims recover and driver is brought to justice.

"He should feel remorse and be charged for it. He shouldn't be driving," Hawley said.

As of Thursday night, the driver of truck was still being checked out at a local hospital. Police say once he is released he will be charged with driving under the influence and booked into the Pasco County Jail.