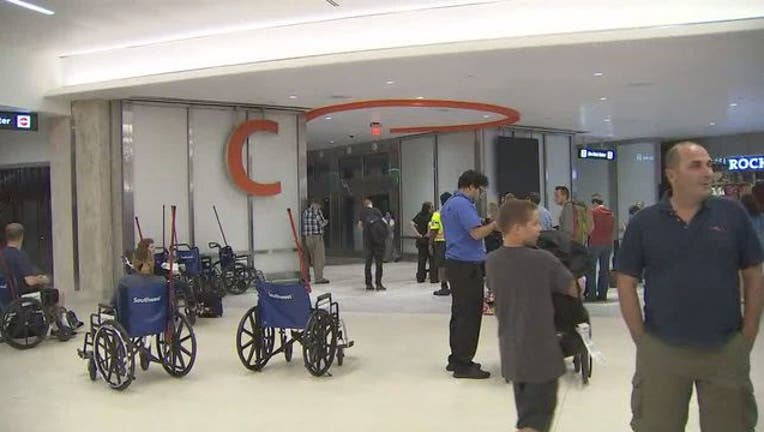 The Tampa Police Department Bomb Squad was dispatched to the airport and the area was cleared of passengers, the airport said in a tweet.

There were five planes waiting on the tarmac while the package was being checked.

A representative with the airport said the person whose bag was flagged at the checkpoint was not being allowed to fly.