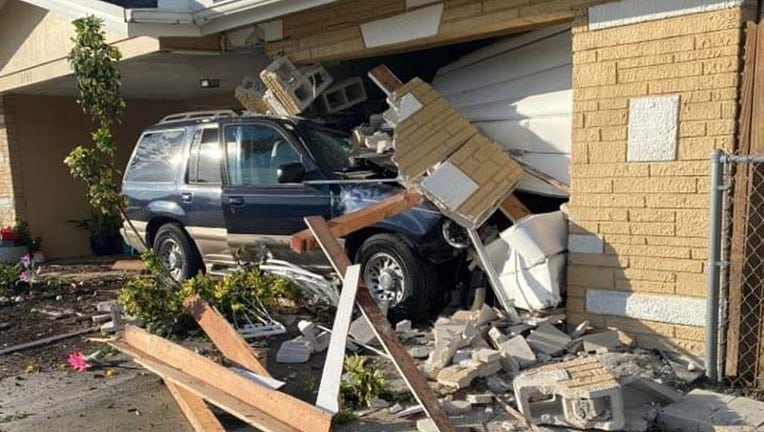 PORT RICHEY, Fla. - A Port Richey homeowner was about to head outside to walk her dog when she heard a loud noise. It turned out to be an SUV slamming into her home.

The crash occurred Thursday morning in the 7700 block of Jasmine Boulevard. Pasco Fire officials said there were no injuries. There were three people inside the home when the accident occurred.

The SUV caused significant damage to the home. The homeowner told FOX 13 the vehicle hit a neighbor's concrete pillars before striking her home.

Photos shared by fire rescue officials show the vehicle resting in the front of the home, surrounded by concrete blocks and other debris. The garage door appeared to be caved in.