SURFSIDE, Fla. - Nearly six months after a 12-story condo building in Surfside collapsed in South Florida, it is still not clear what caused the disaster. In a new report, a Miami-Dade grand jury says the state needs to pass sweeping reforms to avoid similar tragedies.

Nearly 100 people lost their lives on June 24 when Champlain Towers South collapsed. The 12-story condo building was in need of costly repairs for structural deficiencies.

A Miami-Dade County grand jury charged with looking into the deadly collapse released its report this week. The 43-page document offers up a lengthy list of recommendations aimed at stopping another tragedy like this to happen.

New heartache for families impacted by the Surfside condo collapse - three people are accused of using names of the deceased victims to open credit cards and go on shopping sprees. FOX 13's Jordan Bowen has the story.

"We know we've got people living and working in buildings around the state that have stood there for decades and have not been properly maintained and have not been inspected for a long time," said the executive director of ACEC-FL and FES Allen Douglas in November.

Douglas was not involved in the grand jury report, but he is a member of the Surfiside Working Group, a coalition of seven Florida engineering and building professional associations. They issued their own report at the end of October offering recommended. 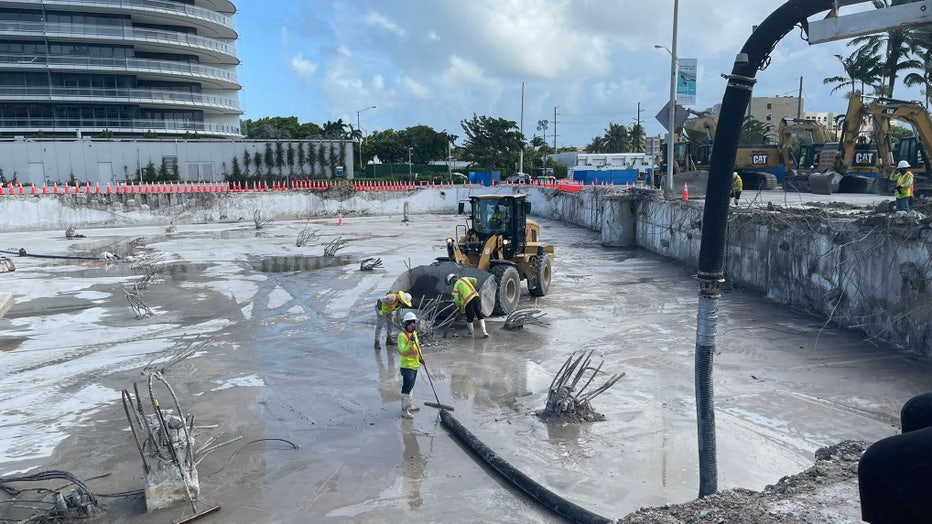 "It's our fear if that system is allowed to continue, that we're going to see another building fall and it'll happen sooner than later," Douglas said.

The working group’s conclusions were not as extensive as the grand jury’s. However, their end goal is the same, to implement comprehensive changes here in the Sunshine State that will keep people living and working in high-rises safe.

The grand jury was instructed to look into the Surfside disaster by the local state attorney, Katherine Fernandez Rundle. In a statement, she says in part:

"Three and a half million Floridians live in condominiums, but only in South Florida have steps been taken to help safeguard the structural integrity of condominium buildings, and those procedures are undergoing intensive revamping. All Floridians, everywhere in the state, deserve to know that their condominium homes are, and will remain, safe."

So far, no major legislation has been filed to make statewide changes.