TAMPA, Fla. - A Tampa city councilor says it may be necessary to investigate the mayor’s office to see if it is playing politics with public records.

At Thursday's Tampa City Council meeting, Orlando Gudes sat back as his lawyer did the talking for him, blasting the city's $200,000 payment to the woman accusing him of sexual harassment.

"I want to speak briefly on media reports regarding a secret settlement," stated attorney Ryan Barrack.

During public comment, the lawyer insisted it was highly unusual for the city to not weigh Gudes denials, and to carve out an exemption for Gudes to still be sued.

The settlement was approved on May 10, a lawsuit was filed against him six days later.

"The actions of the mayor and city attorney using city funds to shield themselves and their human resources department is outrageous," said Barack.

Gudes also had the support of several public speakers, who argued he is an effective councilor for East Tampa.

"He is not new to his walk in supporting East Tampa," one speaker said. "He has been doing this a long time."

When Councilor Bill Carlson took the mic, he accused the mayor's office of timing the release of public records to hurt Gudes politically, a tactic he said also surrounded the March resignation of Councilor John Dingfelder. 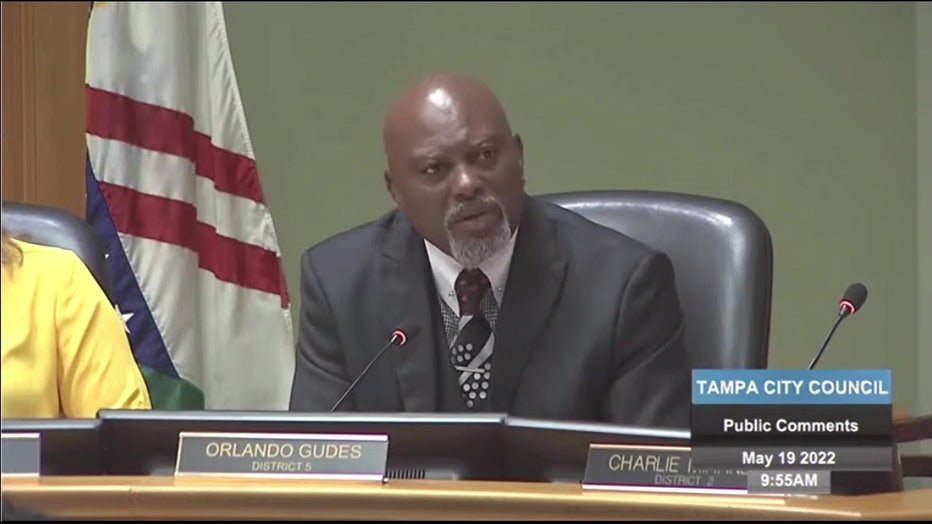 "The mayor and the city staff cannot be misused to attack city councilors for political purposes," said Carlson. "If they continue, I am going to propose that the city council use their investigative authority to find out who is doing it and why and who ordered it."

The mayor's office responded with this statement: "An objective, independent, and thorough review found that a city employee endured nearly two years of abusive treatment and sexual harassment. The city’s goal is to conclude this matter and move forward positively on behalf of residents and taxpayers."

The attorney for Gudes' accuser sent a long statement that ended with: "Apparently, it's a lot easier to lob conspiracy theories rather than hold fellow members of the city council responsible for their bad behavior. Orlando Gudes is not the victim here."

Carlson also said if Gudes did what he's accused of, then the settlement itself was deserved.

As far as the settlement's lack of legal protection for Gudes, the city said the harassment came outside the scope of his employment.