Man whose motorcycle was stolen gets new set of wheels

A man whose motorcycle was stolen while he was making face shields for healthcare workers received a new bike Sunday.

TAMPA, Fla. - Michael Guinn has a new set of wheels thanks to the owner of Full Throttle magazine. Giunn has been working non-stop on 3D printing thousands of PPE masks for healthcare workers in area hospitals. Last Wednesday, when he ran home to grab more supplies, he noticed his motorcycle was gone.

Tony Cianci and a friend of his caught wind of the story and jumped in to help.

Cianci was going to sell his motorcycle to try to make ends meet, but when he heard about what happened to Guinn he decided to give him the bike. 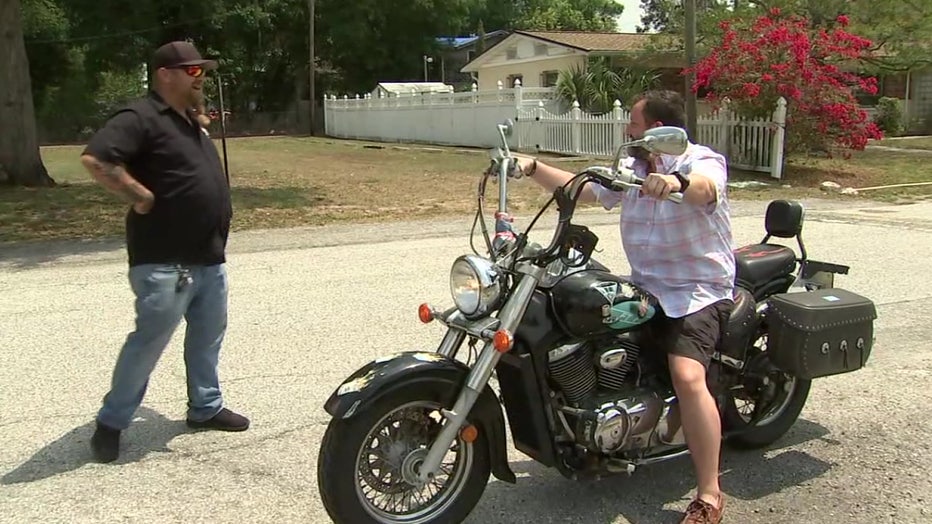 On Easter Sunday, Cianci caught up with Guinn to hand off the bike."It's Easter, we need to do good things," Cianci said.

Cianci said, “I have had that bike for 16-17 years and I love seeing it go to someone who is doing good in the community right now.”

For now, Guinn says he is busy making masks, but is looking forward to taking the motorcycle out for a spin once the COVID-19 pandemic is behind us.