TAMPA, Fla. - Several thousand people came together at Al Lopez Park in Tampa Saturday to condemn the Cuban government and call for freedom and justice on the island. Many are demanding the U.S. government intervene and send troops and supplies to the socialist country.

"They want freedom. They want to be able to do what we are doing here today," demonstrator Lazaro Suarez said.

Many demonstrators have family on the island that they haven't spoken to in days because the Cuban government shut down the internet after widespread protests broke out earlier this week.

"We live in the greatest country in the world and that's what we wish for everyone else," Mayor Jane Castor said.

Castor rallied the crowd Saturday, expressing her support for the protesters in Cuba. 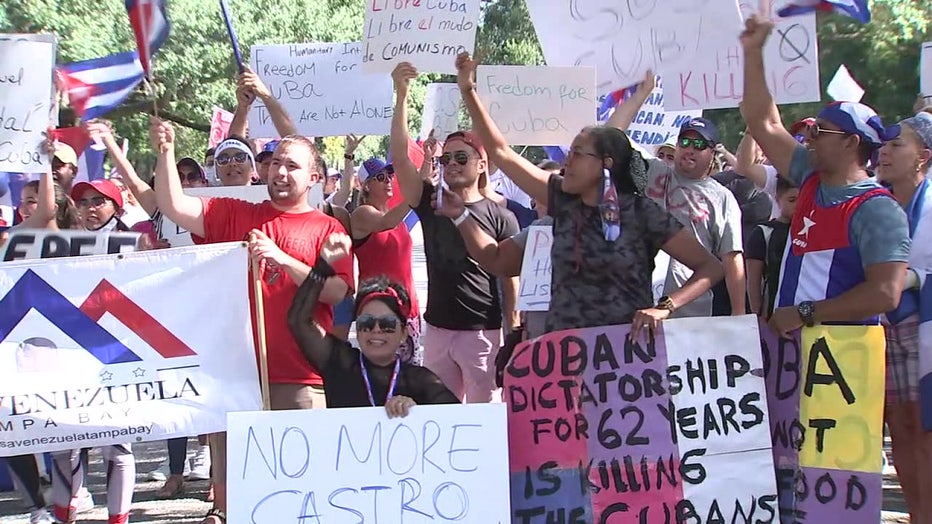 "The federal government, they are focusing on those issues. What I want to focus on locally here is the fight for freedom and liberty in Cuba," Castor said.

The protesters took to the streets and marched south down North Himes Avenue. It came after several days of demonstrations in Tampa, but Saturday's crowd is by far the largest.

RELATED 'We can't have that': DeSantis says Florida won't tolerate Cuba protests that shut down roadways

"What I support on a personal basis is a peaceful transition of power. There's a lot of different things we can do, but it has got to be peaceful," Tampa City Councilmember Luis Viera said. 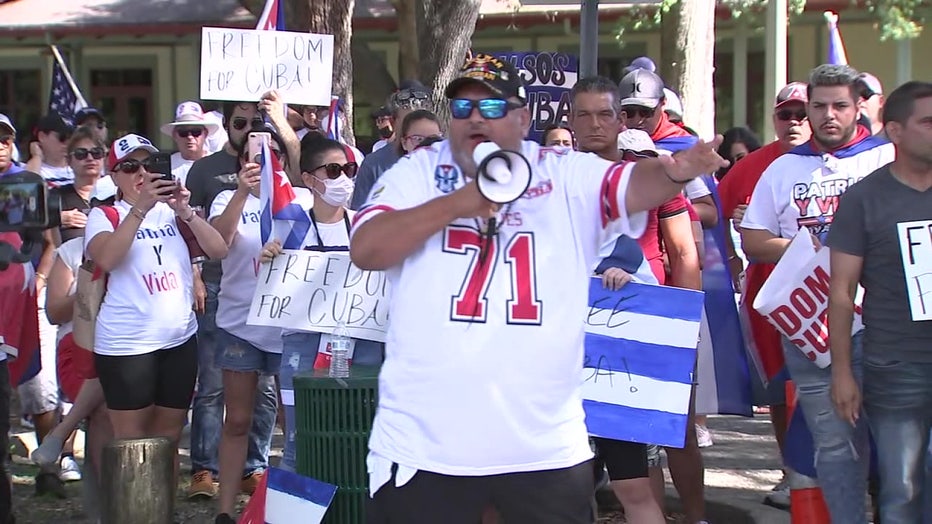 Going forward, people like Suarez, who has family in Cuba, are hopeful about the momentum of the movement so people in Cuba can one day be free.

"This country should step up. There's a country that is asking for help. We have the power to help," Suarez said.

This week, the Tampa city council adopted a resolution officially proclaiming their full support of the protests in Cuba.