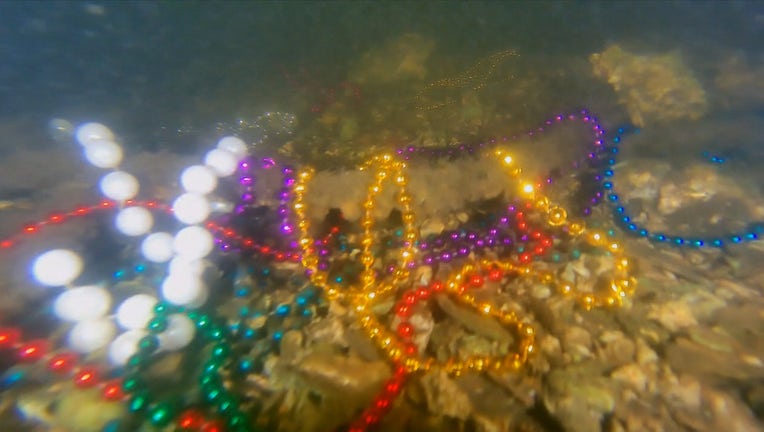 Beads from the Gasparilla parade have ended up in the waterways along the parade route. Divers have had to go underwater in the days after the parade to retrieve them.

TAMPA, Fla. - Some changes are coming to a traditional part of next month's Gasparilla parade: The tossing of those bountiful beads.

Today, Tampa Mayor Jane Castor announced a new campaign called "Bead-Free Bay". The goal is to keep beads and other litter out of the bay.

After this year's Gasparilla parade, the Florida Aquarium sent divers into the water next to Bayshore Boulevard and collected more than 120 pounds of beads. They say that's just a small portion; there are a lot more still out there, Castor says, affecting the marine life.

"We're going to ensure that we're not polluting our waterways, one of our greatest assets, with these lead-filled beads," the mayor announced.

Castor says there is a plan to clean up what's already in the bay. She hopes it will be completely bead-free within a couple of years.

Beads are still welcome on the parade route.  Police will just be keeping tabs on who's throwing them off boats or floats into the water, which is illegal.