TAMPA, Fla. - Tampa Mayor Jane Castor says she is listening to victims of racial injustice and she stands with them.

During a press conference Friday afternoon, Castor said it’s time to have an honest conversation and make some changes.

She and Tampa Police chief Brian Dugan have come under fire from black elected leaders, civil rights groups, and protesters for incidents of police misconduct directed at peaceful protesters.

The mayor said those changes will include the '8 can't wait' campaign, a national initiative developed by Campaign Zero to reform eight policing policies and decrease police violence -- while still keeping citizens safe. 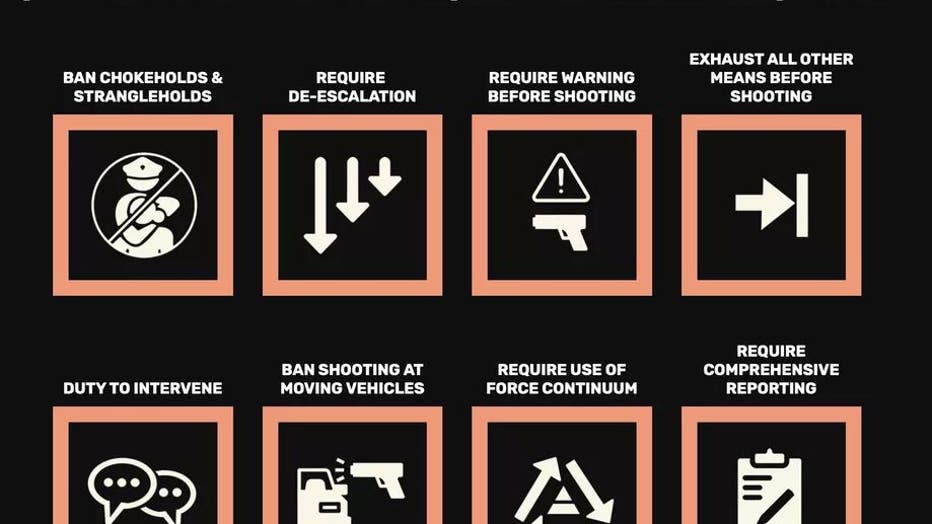 The eight policy changes include banning chokeholds and shooting at vehicles, requiring de-escalation and warning before shooting, and improving reports filled out by officers.

Still, during Friday's press conference, TPD Chief Dugan denied the specific use of rubber bullets and tear gas to disperse peaceful protesters, but he would not say what officers did use to scatter the crowds.

The department also released surveillance video that led to the arrest of three protesters on Thursday.

Part of the video shows a young woman waving an umbrella near police officers on bikes. Shortly after, she is taken down and officers spray her with what appears to be pepper spray. 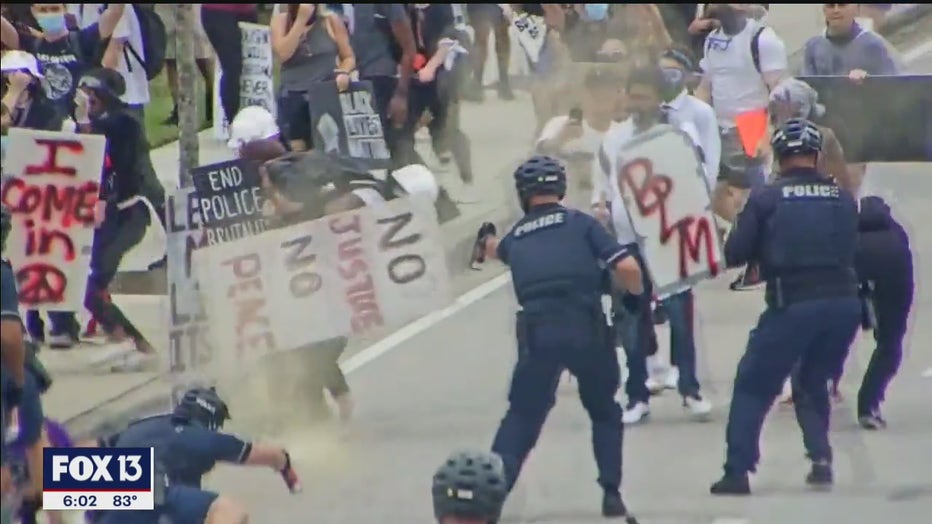 The chief says she attacked one of his officers.

“She had hit a police officer. It was a long spike at the end of the umbrella. She hit a police officer with it a few minutes earlier and then when she came up she was peacefully protesting but we arrested her for what she did prior to that,” said Dugan.

In another part of the video, you see the second protester throwing an object and officers and a third protester sprays a fire extinguisher in the direction of officers, causing a burst of smoke. 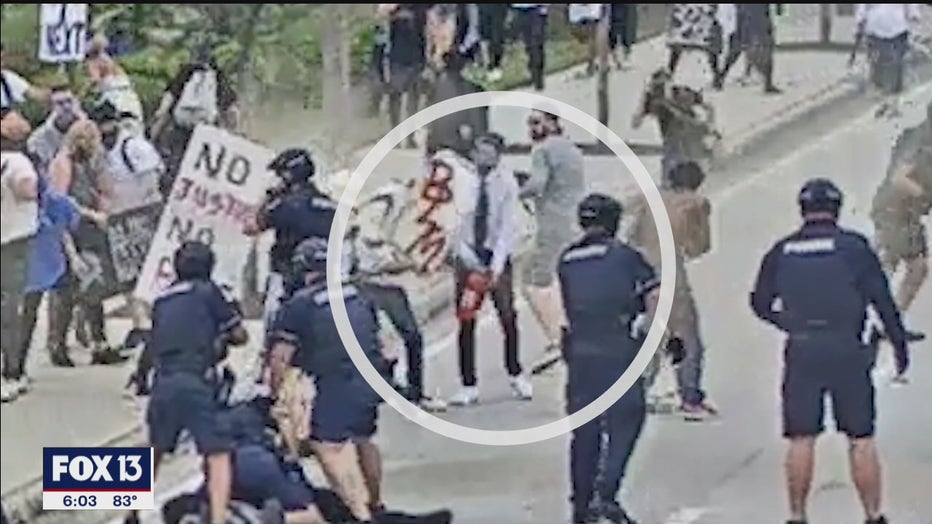 The chief says his officers have to strike a delicate balance between protecting civil rights and preventing civil unrest.

"They’re devastated. They feel like people hate them. I don’t know what else to say, it’s disappointing to me to see our police officers go through this,” said Chief Dugan.

He also said police misconduct will not be tolerated in his department and each allegation will be investigated.