TAMPA, Fla. - City leaders took steps on Tuesday to stop crews from demolishing a more than 100-year-old building in downtown Tampa. The demolition would make way for a multimillion-dollar, 55-story condo tower.

If built, the tower, called One Tampa, would become the tallest skyscraper on Florida’s west coast with more than 300 units on the block – that includes 520 N. Tampa Street. South Florida developer Kolter Urban LLC paid nearly $12 million for the property in late 2021. 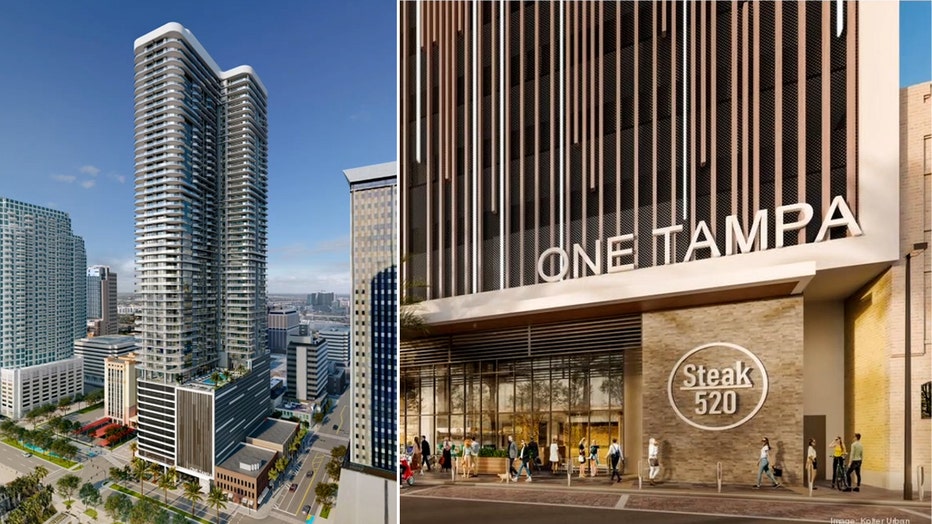 The project comes at a price tag of $400 million with condos expected to go for nearly $1.5 million each on average.

The vote from Tampa's Historic Preservation commission Tuesday will halt the demolition permit for the project. The existing building went up in 1921, and while the developer says it is in disrepair and cannot be restored, city staffers who are against demolishing the property said it belongs on the National Register of Historic Places. It's a position that commission members are siding with.

"When there is no desire to save an historic building, any historic building can be made to look like it is impossible to restore, impossibly damaged and possibly irreparable," commission chair Vivian Salaga said before the vote, "and in if that were the case, then the Coliseum in Rome would no longer be existing."

Tuesday's vote marks the second time in less than a week that a city commission voted to deny a proposed development. Last Thursday, Tampa city council denied a rezoning request to make way for a boutique hotel on Harbour Island.

In an emergency action, Tampa City Council will now review the plans and halt the developer's demolition permit. Currently, the existing building is not a locally designated landmark.