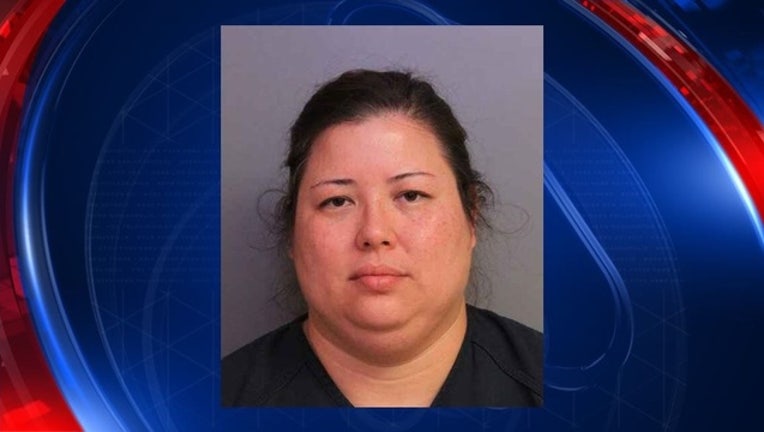 Deputies tell us 41-year-old Jennifer Jimenez of Winter Haven is a kindergarten teacher at Gibbons Street Elementary school in Bartow.

According to the arrest affidavit, Jennifer's husband reported that two weeks ago, he and his wife were arguing when she became angry and pushed him backwards with her hands.  She then slapped him on the head and punched him in the ribs.  He also reported that she threatened to "stab him until he was dead."

When questioned by deputies, Jimenez stated the victim then got up in her face during the arguments and she pushed him away from her. She said she never told the victim she was going to stab or kill him.

Deputies arrested Jimenez on Friday and charged her with one count of Battery Domestic Violence.