TAMPA, Fla. - Erik Paul is betting that his new innovation will be a hit. It's a cast or brace that can be made on a digital printer in a doctor's office.

"It's a total game-changer for the orthopedic industry," insisted the CEO of Exiom, LLC. "It allows on-site production while the patient waits."

Paul is among 7,000 people attending the Synapse Summit, a two-day event for innovators with startup businesses at Amalie Arena in Tampa.

"The ecosystem in Tampa is growing in a big way," said Brian Kornfeld, president and co-founder of the event. "Innovation has been taking place here for a long time, and the world is really starting to take notice of us."

One can't help but notice the many construction cranes being used to build the massive new Water Street additions to downtown. USF's new medical school recently opened. The university's president says it will be a catalyst to help transform the area's economy and create new, higher-paying jobs. 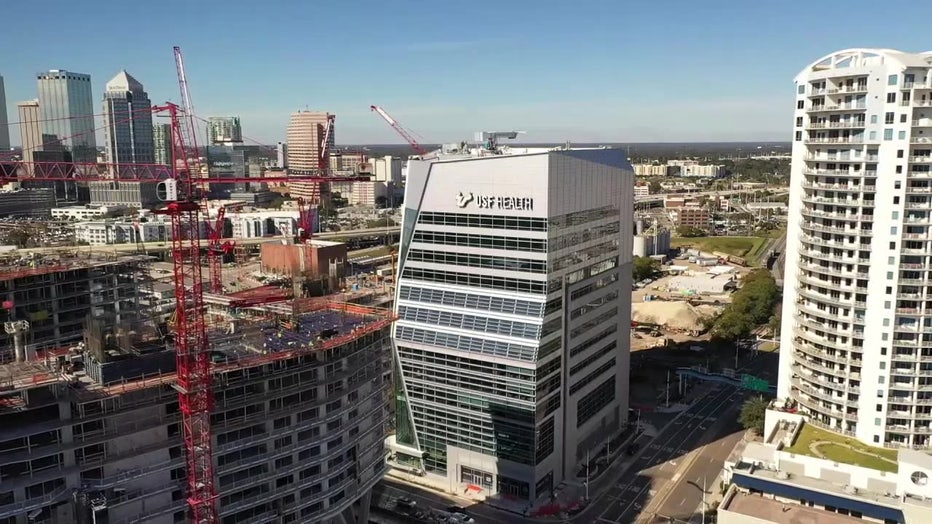 "When you have a concentration of business and academic people doing interesting things, the financial capital will come in and add to that and help build companies," said Dr. Steve Curral, who delivered Tuesday's keynote speech at the summit.

Curral says new companies will keep USF graduates from having to leave Tampa to find jobs. He says USF and Tampa General Hospital expansions downtown could help form a medical district for innovation and discoveries.

The summit continues Wednesday. The keynote speaker will be Sara Blakely, founder and CEO of Spanx, who is from Clearwater.