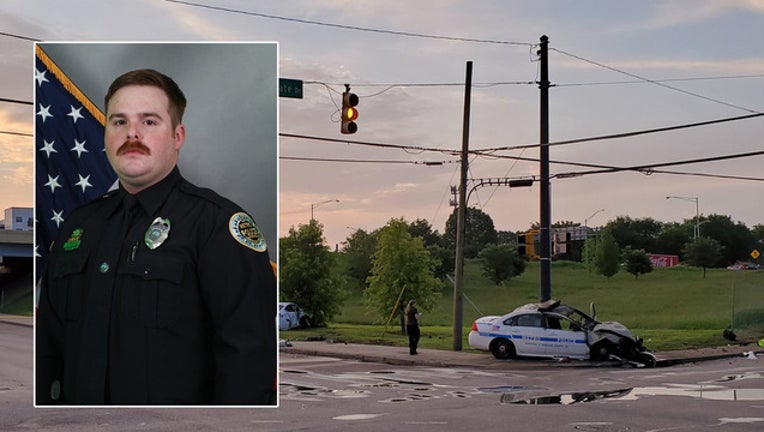 Just after 3 a.m., Officer John Anderson with the Metro Nashville Police Department was killed in a vehicle crash at Interstate Drive and Woodland Street. Officials said his patrol car was struck by a 17-year-old driver.

“It is with extreme sadness that the MNPD confirms the on-duty death of Central Precinct Officer John Anderson, 28, a 4-yr MNPD veteran,” according to a tweet by the agency.

FOX 17 reports there was heavy smoke coming from the police car and the teen’s vehicle was seriously damaged, and possibly caught fire too.

Police said Anderson had the right of way when he was struck by the driver. The teen faces charges of vehicular homicide, driving on a suspended license and felony evading.

The mayor of Nashville released the following statement: