Scientists are worried the tropical clawed frog, which has been identified in Hillsborough County, could have an impact on local wildlife. The amphibians are native to West Africa, but this is the first report of them found outside that continent.

Researchers at the University of Florida surveyed 43 bodies of water in the Riverview area and found tropical clawed frogs in more than half. The amphibians have adapted to living part of the year in stormwater runoff ponds.

"And then going and digging into the ground, into the mud, or going into a small stream or another pond the rest of the year," explained Jeff Hill UF professor and extension specialist. 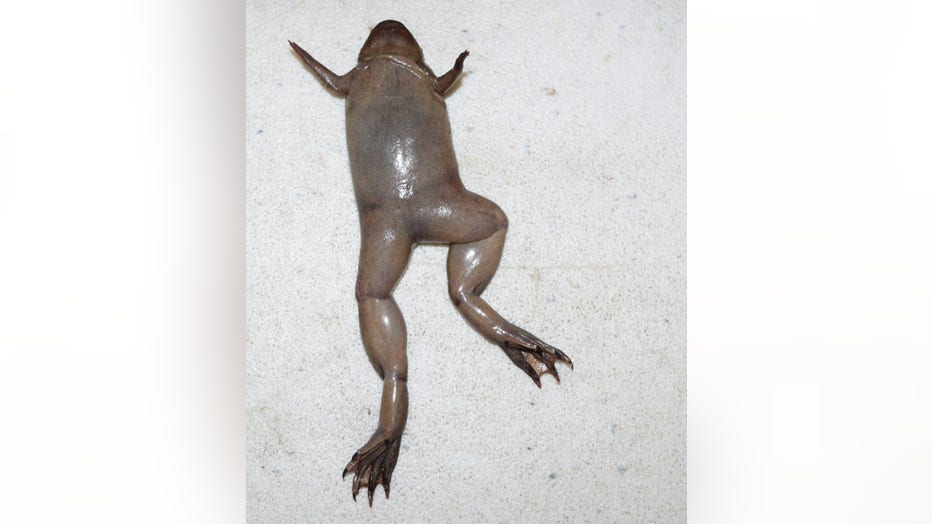 Hill is a nonnative species expert and has been part of the team studying the Bay Area's clawed frog population over the last five years.

According to their research, the frogs are concentrated across a few square miles in Riverview. However, at least one breeding population was recently flagged north of the Alafia River.

Reported sightings of green iguanas are increasing as the hot summer months bear down on Florida.

The tropical cawed frog gets its name thanks to the claws on its back feet. They are sharp but very small.

"They’ll grab food with their front legs and they’ll use their hind legs to kinda push pieces off of it and to help brace against it so they can bite a piece off," Hill explained.

How the frogs arrived remains a mystery. 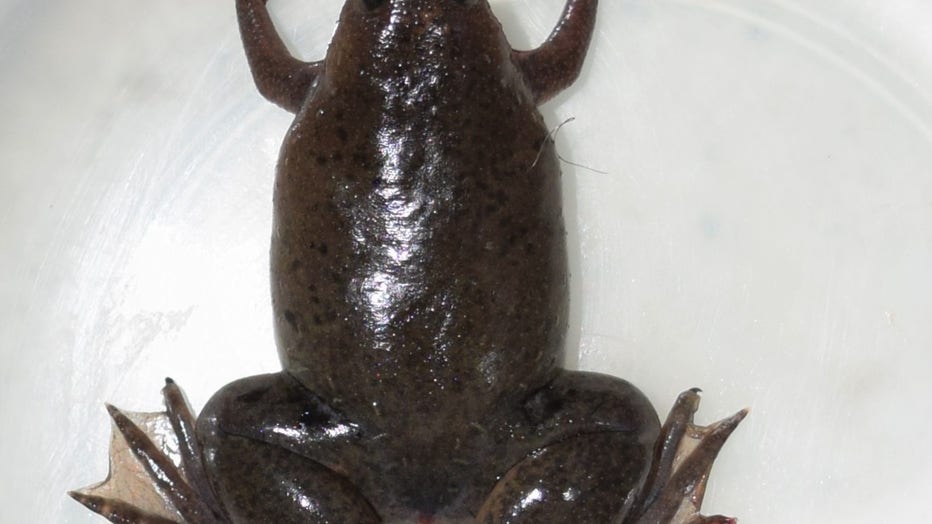 Introducing any nonnative species can have an impact on local ecosystems. Scientists are concerned about the tropical clawed frogs outcompeting native frogs for food, and spreading through the state.

"It has the potential to spread through central Florida, out to the east coast and into South Florida," said Hill.

RELATED: Later, gator: FWC wants you to watch out for crocodiles, too

In 2017, researchers published a paper about the amphibians, but they were misidentified as another closely related frog species. Through DNA analysis and micro-CT scans, the team recently discovered the mistake.  They are now focused on managing the local breeding population of tropical clawed frogs. 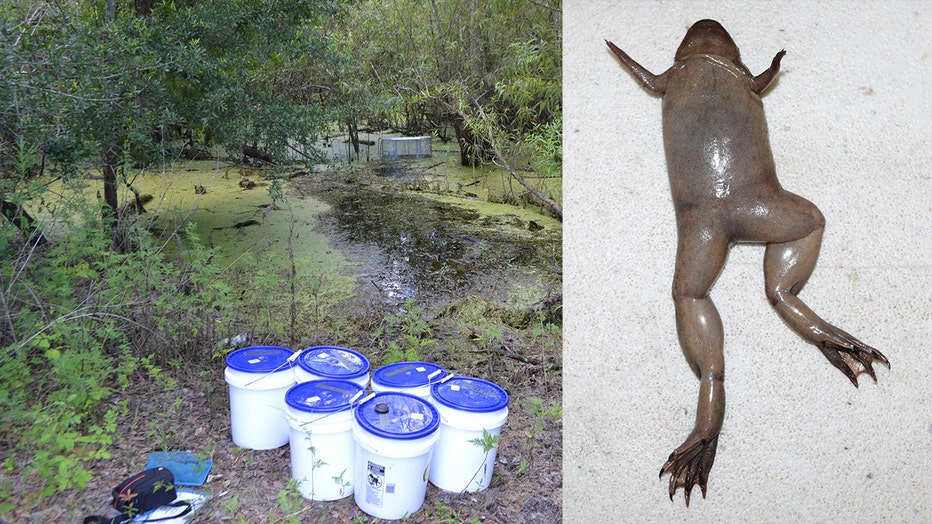 "Can we keep a pond completely suppressed for a year where they’re not producing any offspring out of that pond?"

Hill says a pilot program is set to launch in the next few weeks to test the impact of native fish on the clawed frogs.

If you find one, report it to the Florida Fish and Wildlife Conservation Commission.