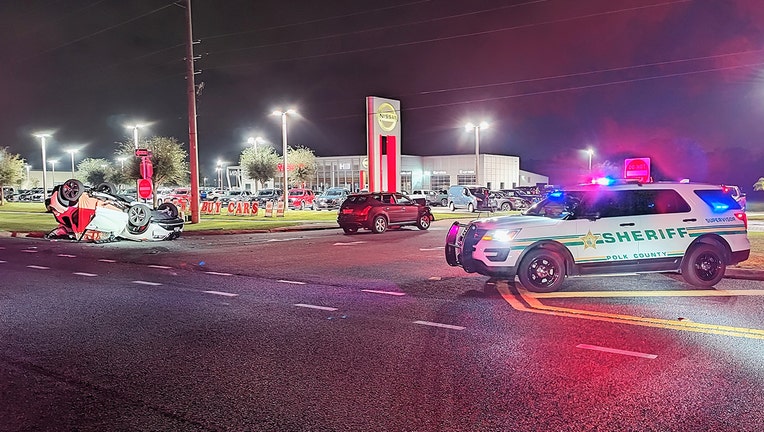 WINTER HAVEN, Fla. - A Davenport woman died while taking an SUV for a test drive in Winter Haven Saturday.

The Polk County Sheriff's Office said it happened just before 6 p.m. on Cypress Gardens Boulevard, in front of the Hill Nissan dealership.

Deputies say the 76-year-old woman, Jean Worme, was in the front passenger seat of a 2023 Nissan Rogue being test driven by 86-year-old Clifford Worme. The pair were turning left back into the dealership after their test drive when they crossed the path of another vehicle.

A Hill Nissan salesperson was in the backseat of the Nissan Rogue. They were uninjured. The driver of the other vehicle was also uninjured.

Everyone was wearing seat belts, according to investigators.

The westbound lanes of Cypress Gardens Boulevard were closed for several hours Saturday after the crash.