TAMPA, Fla. - Beads, feathers, comfortable shoes and fresh whiskey – all easy to find at the Gasparilla Pirate Invasion and Parade.

If pirates in the 1700s had those things, their lives would have been a lot better.

Instead, they had filth, disease, and rough seas.

"You see the water, and [you think], 'Oh, it's beautiful,'" said University of Central Florida history professor Dr. David Head. "Well, no, the water is trying to kill you in every direction."

Know before you go: Road closures and parking for Gasparilla

Getting around downtown Tampa could be challenging during the Gasparilla Pirate Invasion and Parade Saturday. We've compiled resources to help parade goers get around, whether they're driving, taking a rideshare, or public transit.

Pirate historian Jeremy Moss says the pirate garb we see today was fashioned by Hollywood. Back in the real days of pirates, there were few joyful faces and even fewer sparkling beads, but plenty of stenches from waste and rotten food.

"It was cold or very hot. It was always wet. Constantly salty," said Moss. "The real outfits pirates would have would be hard-wearing and practical. Short jackets, checked shirts, long canvas trousers."

Head says the modern interpretation of pirate-wear is also grounded in art from 1880s children's books. Some, in real life, did dress flamboyantly, but only after pillaging someone else's possessions.

"They would take clothing and valuable cloth and things like that, silks, muslins and calicoes off of the ships that they captured," said Head.

Warning for boaters ahead of Gasparilla

Tampa officials are asking inexperienced boaters to stay off the water during Gasparilla due to strong winds, high seas and cold temperatures.

Pirates were at their peak between the 1680s and 1730s, and didn't come to waters around Florida until later, when ones from England, France, Spain and the Netherlands hijacked opposing trade ships in the Caribbean.

"They had battles. They had fights, either by cannon or up close, with swords and pistols," said Moss. "There are tons and tons of historical records about torture."

Take a trip back in time and explore more than 100 years of Gasparilla at the Henry B. Plant Museum.

A lot has changed since the golden age of pirates, so much so that maybe those who attend the Gasparilla festivities may say this is the real golden age.

"It is just the character that appeals to some people," said Head. "Pirates have always had a devil may care attitude. This ideal of freedom."

The best news of all: everyone at this weekend's parade can remember the last time they had a shower.

The Jose Gasparilla II through the years

Docked in downtown Tampa, the Jose Gasparilla II is one of the most iconic parts of Gasparilla and a year-round reminder of Tampa’s biggest party and quirkiest tradition.

FOX 13 meteorologists are expecting this year's Gasparilla parade and invasion to be one of the coldest on record. No rain, but temperatures will struggle to get out of the low 50s and a gusty wind will make it feel even colder. The waters in Tampa Bay will also be rough. 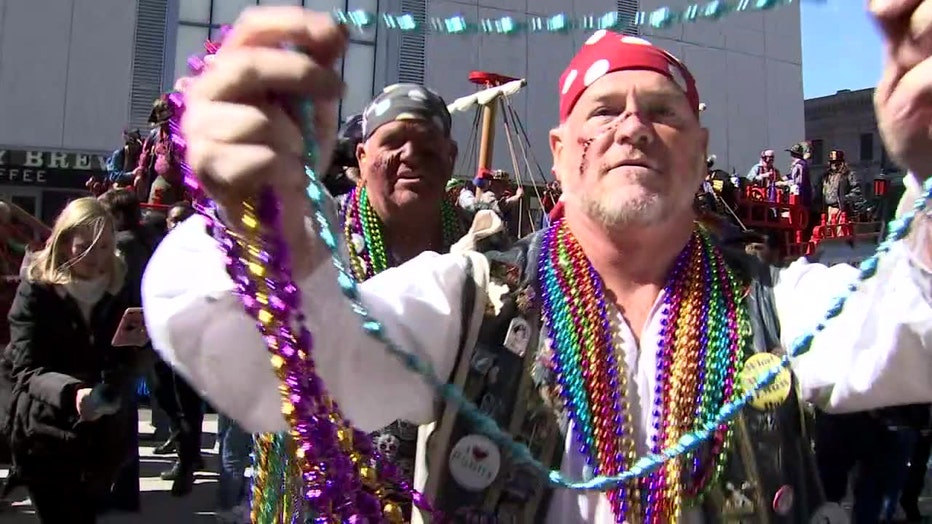