FOX 13 meteorologists are expecting this year's Gasparilla parade and invasion to be one of the coldest on record. No rain, but temperatures will struggle to get out of the low 50s and a gusty wind will make it feel even colder. The waters in Tampa Bay will also be rough.

TAMPA, Fla. - The sun may be out as pirates invade Tampa Bay on Saturday, but it will still feel about 20 degrees colder for most of the day due to a wind chill.

FOX 13’s meteorologists are expecting one of the coldest Gasparillas on record. There won’t be rain, but temperatures will struggle to get out of the 50s. However, the forecast wind chills will be in the 30s almost all day long. 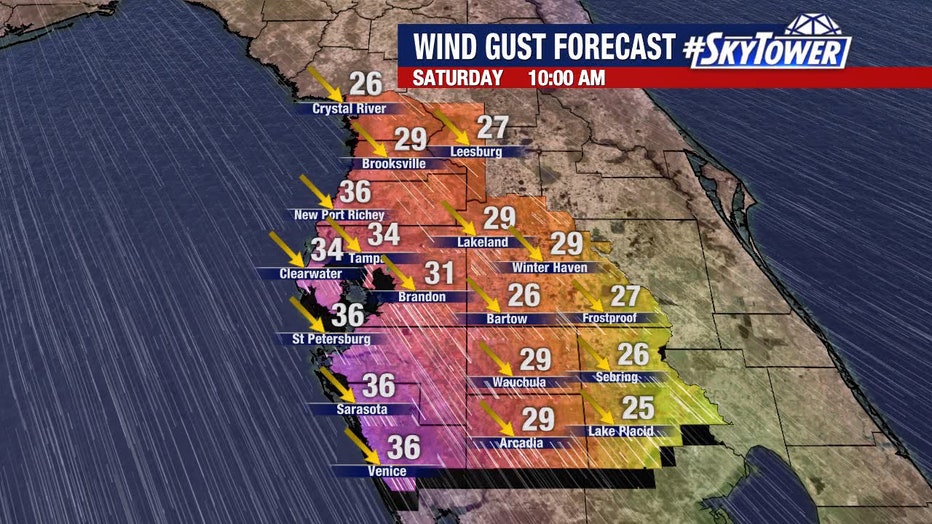 The Gasparilla Pirate Invasion begins at 11:30 a.m. According to FOX 13 meteorologist Dave Osterberg, there will also be very rough boating conditions in Tampa Bay.

"If this was a typical Saturday, I would just say, ‘Don’t go boating. Stay inside. Kind of cold,’ but we got a huge parade going on and the invasion," he explained. "Around 10 a.m., you’re looking at winds gusting 34-36 mph in Tampa Bay." 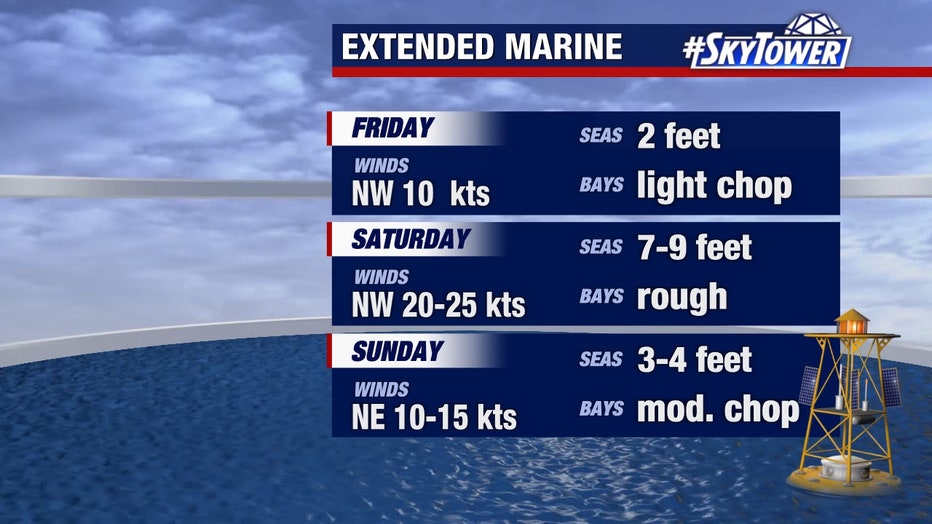 A small craft advisory will be in effect through 7 p.m. Saturday and gale warnings along the coast. There could be wind gusts of 25 to 30 out on the water.

"Tomorrow is not the day to follow the boats, if you got a real small boat, "Osterberg said. "It really, really isn’t. It’s not even worth it. Watch it on land. Again, it’s your judgment call but if you’re thinking about it, you got a 34 mph wind gust tomorrow." 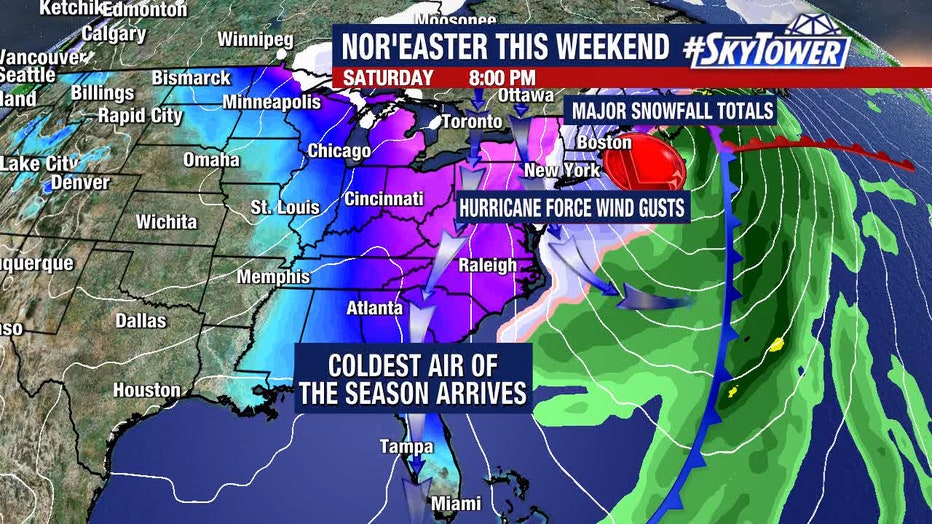 A nor’easter is a reason for the low weekend temperatures and high wind gusts. It will help drag cold air from the heart of Canada and into Florida.

"We’re lucky if we make it to the lowers 50s [on Saturday]," Osterberg said. "We will get sunshine back tomorrow but it will do absolutely no good with this north wind driving in this incredibly cold air." 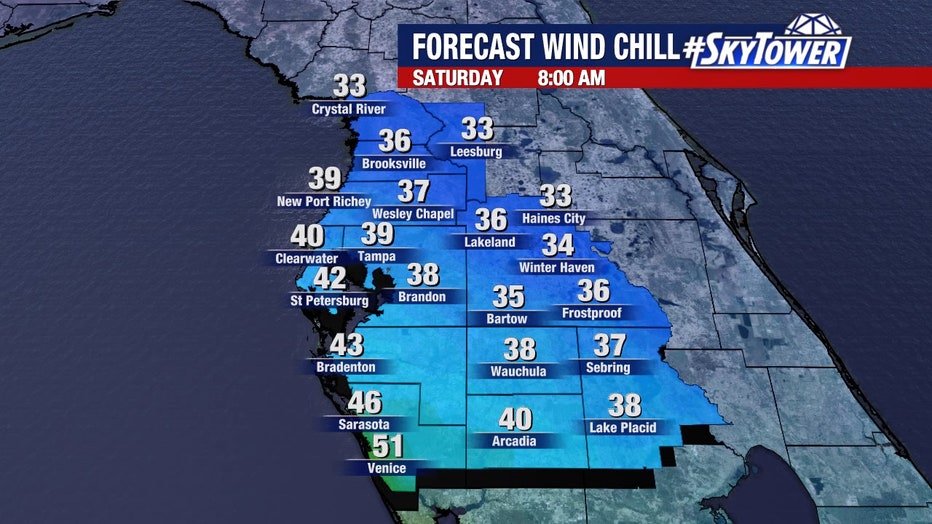 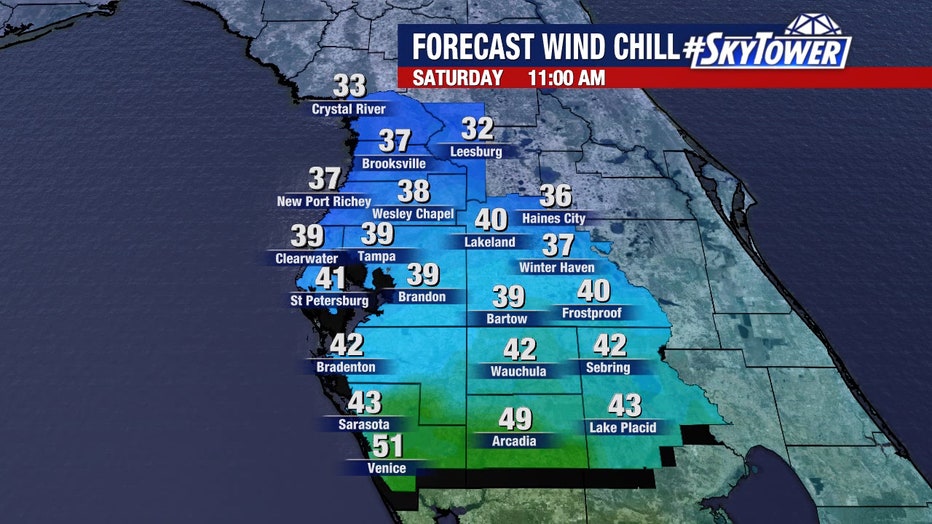 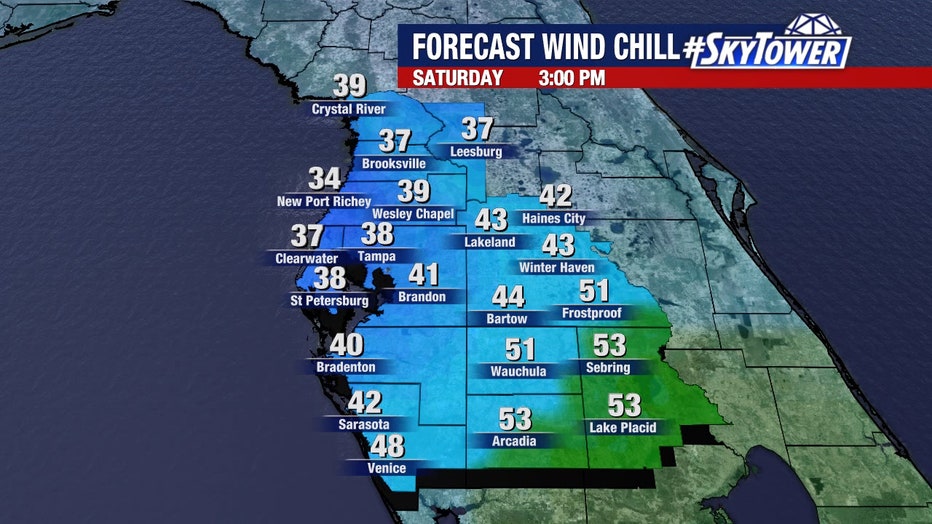 Then, Saturday night, temperatures will plummet.

"We’re talking 20s and 30s for most areas," he said. "We got that freeze watch out for Sunday morning." 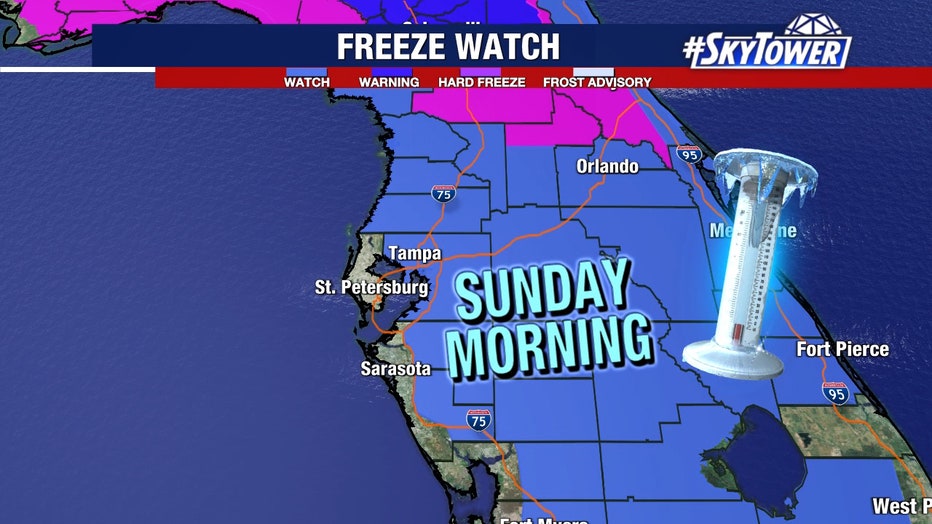 By that point, the coldest air in four years will be felt across the Bay Area region.

"It’s been a while since we’ve had that direct path of arctic air coming straight at us," Osterberg said. 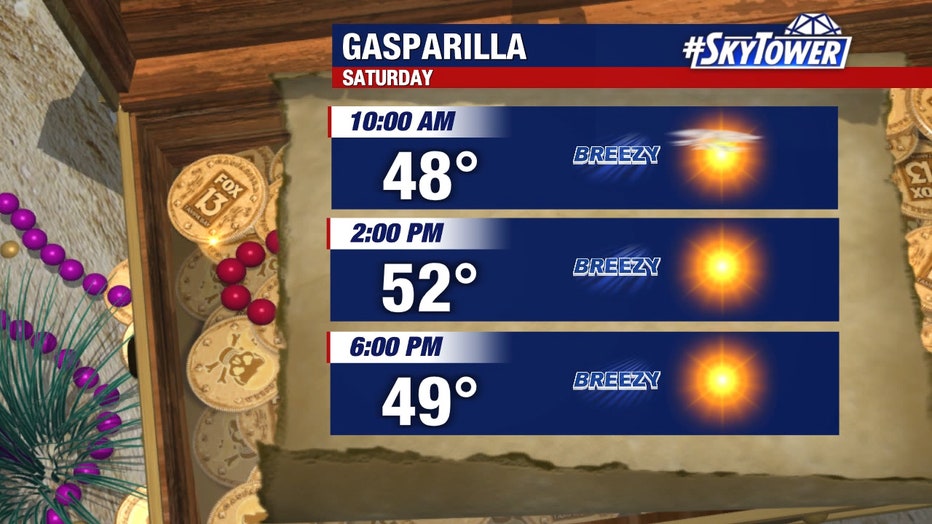