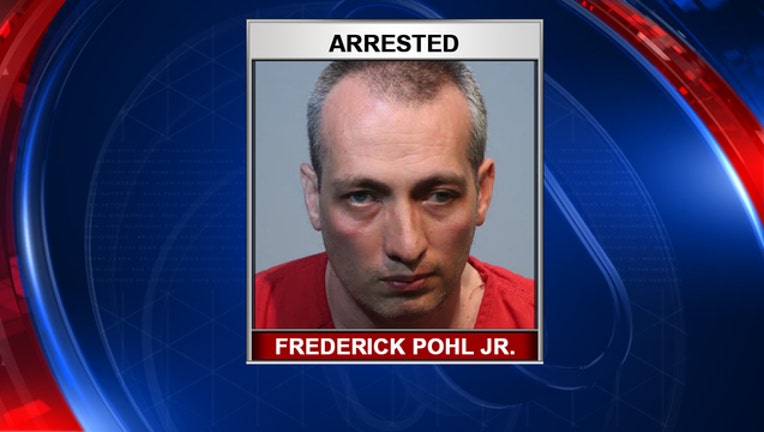 CLERMONT, Fla. (FOX 13) - A Florida theme park employee has been charged with attempting to lure an 8-year-old girl for sex, bringing condoms and a child's dress to what he thought was an arranged encounter with the child through her father, according to the Department of Justice.

A criminal complaint said 40-year-old Frederick Pohl, Jr. believed he was chatting with an 8-year-old girl and her father to arrange a sexual encounter with the child. However, he had actually engaged in a series of online conversations with an undercover federal agent.

Prosecutors said Pohl sent explicit photos of himself and arranged to meet the child at an Orlando hotel.

Investigators arrested Pohl when he arrived at the hotel on Tuesday, and said he had condoms and a child-sized pink dress in his possession at the time.

A Facebook page appearing to belong to Pohl lists him as an employee in Tomorrowland at Disney's Magic Kingdom.

Pohl faces charges of transferring obscene materials to a minor and attempting to entice a minor. If convicted, he faces a maximum penalty of life in federal prison.