TAMPA, Fla. - With a mic and a beat, Vo Williams takes the energy of 20,000 Lightning fans and transforms it into a hip-hop-driven frenzy.

"As a deep, deep Tampa Bay Lightning fan, I know what those screams mean," he said. "I know what being fired up really means to us here."

This year, he returns with a custom pump-up-the-volume number called "Thunder and Lightning." 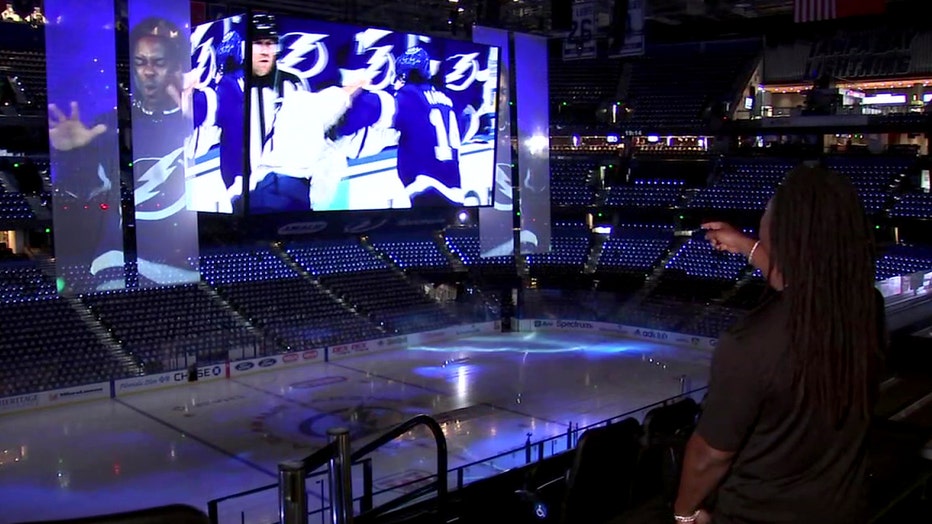 His favorite lyric in the song is an ode to the Lightning’s superstar goalie.

"If you are coming to the spot, tell them ‘let’s rock!’ Standing like a brick wall to your best shot."

MORE: Bolts hope to even the series as they head into Game 4 of Eastern Conference Final

"And that is a shout to Vasy," Williams explained. "Standing like a brick wall to the best shots."

A Bay Area musician is making it big with a song he wrote to spur on the Lightning during their run for the Stanley Cup.

His journey from youth hockey player to Sarasota art school student to a player in LA's hip hop scene is a showcase in how much he believes in the power of rap. 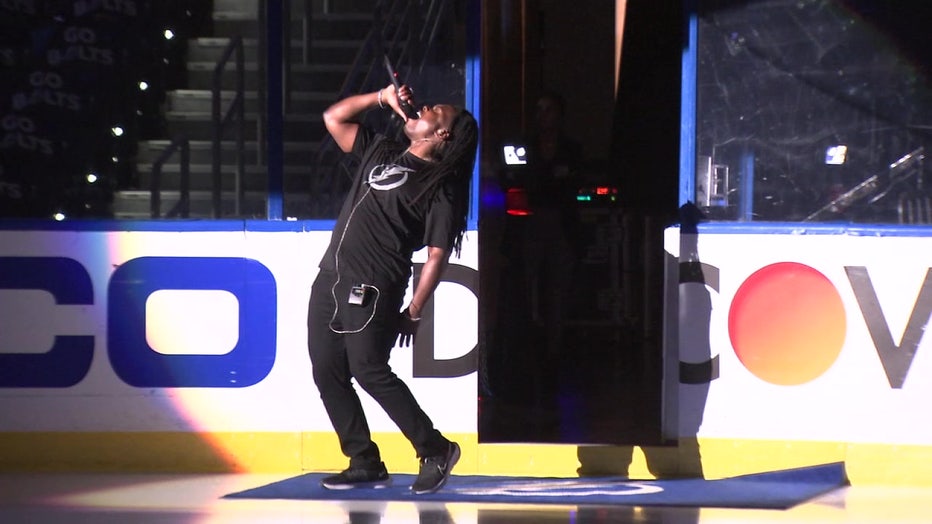 "It is the voice for these kinds of moments," he said. "It has that competitive nature, it has that edge, it has that youthful energy to it. And it always points to the future as well."

Vo doesn't hold anything back at pre-game rehearsal, which is the only way to truly be ready when he is one with Lightning fans, and they are one with him.

"To be in this monumental moment where something can shift, and we can make something happen that will go down to the end of time, you need something that speaks to that," said Williams.

"This is our house, and it is built by legends."