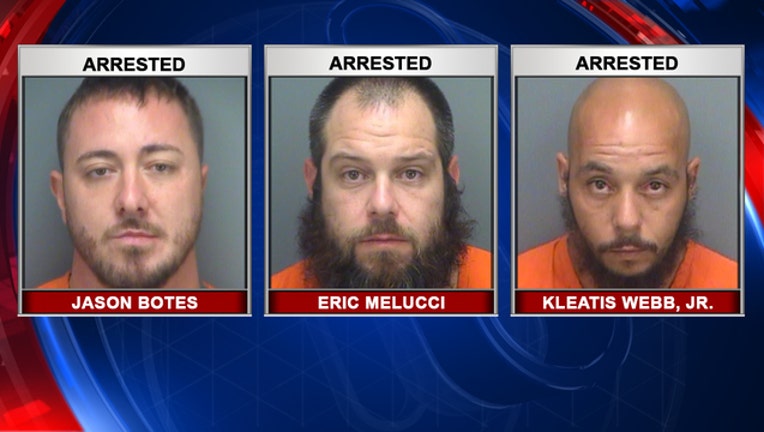 OLDSMAR, Fla. - Three men were arrested in a fatal shooting at an Oldsmar home.

When they arrived, they found the victim, 35-year-old James Knoll Jr., with a gunshot wound to the head. They said he passed away at the home.

Through the investigation, detectives said they learned the three suspects drove to Knoll's home with the intent of breaking into the home and robbing him. Officials said the three men wore masks, dark clothing and gloves. They armed themselves with AR-15 styled .223 caliber rifles.

During the robbery, there was struggle, and the victim was shot through the front door of his home, detectives said. After, the suspect fled in a Ford F-150.

Detectives said Botes knew the victim and the attempted robbery was "narcotics related."