Beach cleanup might not seem fun, but it could give you inspiration like it did for Caulin Donaldson. The 24-year-old is known as @TrashCaulin on TikTok, and he's spent the last 16 months posting beach and park clean-up videos with an educational and often goofy flair.

The 24-year-old is known as @TrashCaulin on TikTok and he's spent the last 16 months posting beach and park clean-up videos with an educational and often goofy flair.

RELATED: Disney World to power up to 40% of theme park energy needs with new solar facilities

Donaldson’s following on the popular social media platform has reached 1.2 million and inspired many, he says, to do clean-ups of their own. 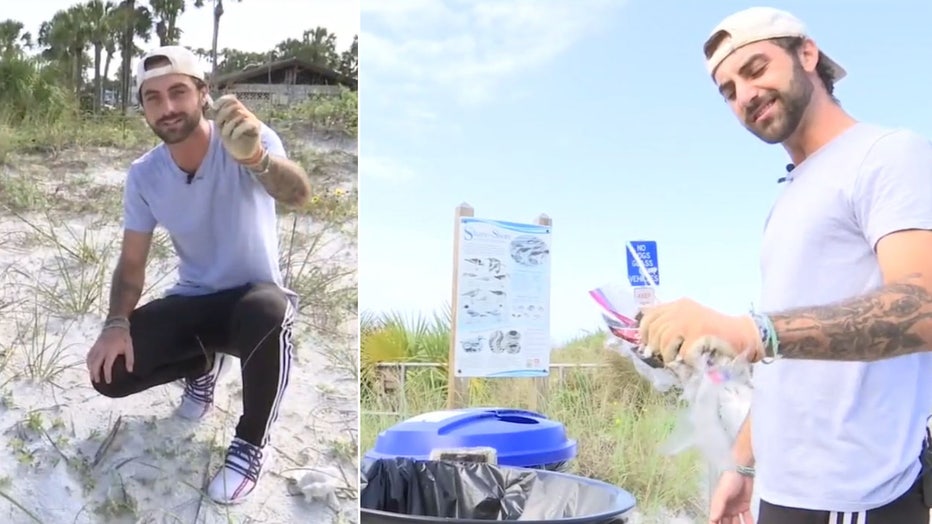 "It is some of the most wholesome stuff I have seen," Donaldson said. "I have a lot of kids that follow me, and they’ll comment stuff saying, ‘I went out to the beach today and picked up trash because I watched your videos!’ So it’s really cool how involved and how passionate this upcoming generation is about this issue."

He says the most common items he sees are littered face masks and cigarette butts, which we saw plenty of during our interview.

The strangest items he’s found include a lost ID, phone, an early 20th-century family photo, and a mugshot of Frank Sinatra.

And even if you don’t have time for an on-location clean-up, Donaldson says you can still help.

"It is so easy to just see a piece of trash, and pick it up," he said. "It might start with just one piece, but then eventually your friends will ask, 'Why’d you do that?' And you’ll be like, 'Because I want to help save the earth and it’s just contagious almost.'"