TAMPA, Fla. - Element resident Alex Loura has spent the last five days living in a Tampa hotel after a water main break in his downtown apartment left him and hundreds of others displaced.

"It was just all water coming down, coming through. So I can’t imagine this being a couple-day thing. This is probably going to be a week to two weeks, if that," he said. "I’ve been trying to figure out what I’m going to do in terms of things for work, daily life, buying a bunch of items."

The building remains empty, but Tampa Fire Rescue says they do know what failed. It was the water piping on the ‘domestic side’ of the building, meaning the main water line that supplies the residential drinking water.

In a phone call with FOX 13’s Jennifer Holton, Captain John Bogush said it was a failure in at least two places, but they don’t know why those components failed.

Loura says he understands there’s a lot on the building management team’s plate, but he hasn’t heard much from them.

"The elevators are still down, but other than that, not much update," Loura said. "They just extended our [hotel] stay, more than likely are going to extend our stay again." 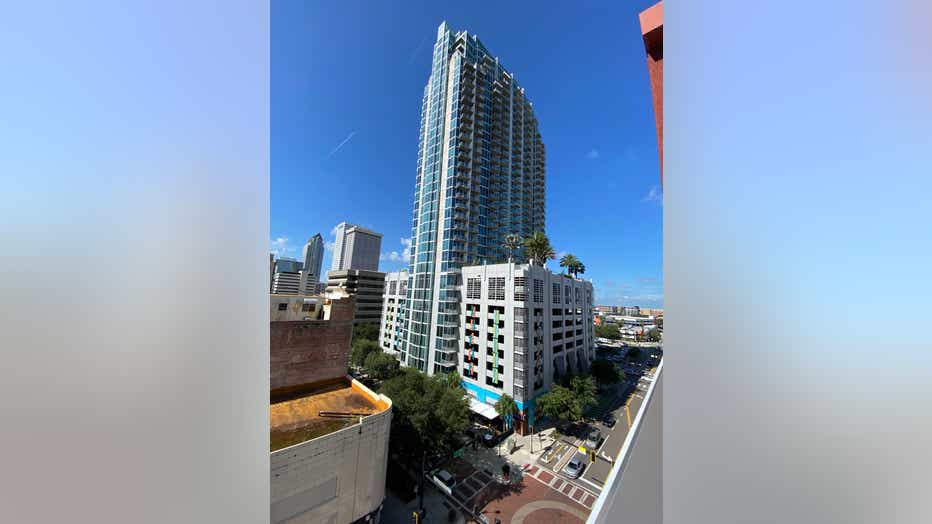 Photo of the Element in downtown Tampa

One silver lining: The groomer Beautify the Beast at the base of the apartment building has offered free doggie daycare for the last five days.

Owner Angela Ardolino said when she heard the news Friday morning, she rushed over to her business where she saw dozens of Element tenants standing outside with their dogs. Many didn’t even have time to grab a leash.

"We were like, 'We’ll take this one little thing off your hands and we’ll take good care of them while you figure it out," said Ardolino.

At one point over the weekend, they had around two dozen pets in their facility.

"We were literally writing down people’s phone numbers and names and dogs and sticking them wherever we could," she said. "But we had dogs all over the place, just trying to keep them nice and calm until their parents came back."

FOX 13 received a statement from Element’s ownership company, Northland. They say crews are working around the clock to make repairs to the building so that residents can return as soon as possible, but they did not specify when that might be.