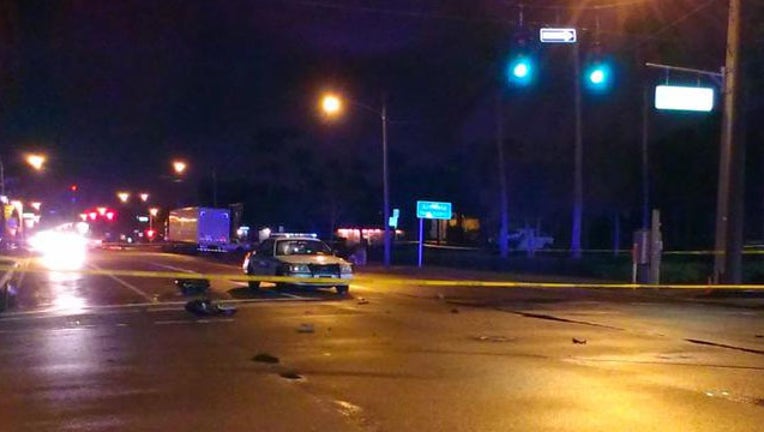 The intersection of Howard Avenue and Kennedy Boulevard was blocked off early Monday following a deadly crash involving a motorcycle and a semi-truck.

Tampa police say it happened just after 2 a.m. when the motorcyclist ran the red light and crashed into the truck.

Crash investigators said the motorcycle rider was thrown from the bike, and died at the scene.

No one else was injured.