PALMETTO, Fla. - On the waters of Tampa Bay, Brad Johnson is spotting a worrisome sign.

"A fair number of dead fish," he said. "Mainly small fish. We’ve been seeing them for the last week, mainly on the outgoing tide, from the port headed out,"

Around Bishop Harbor, continuing north to Port Manatee and Piney Point, there's a trail of dead fish. A sail catfish could be seen gasping for air Thursday before dying.

"Nobody likes to see dead anything for no reason, and for no good reason. It’s wasteful. It’s just a sad thing," continued Johnson.

Johnson has lived in Palmetto Point for 25 years. He said he's never seen red tide in this part of Tampa Bay. 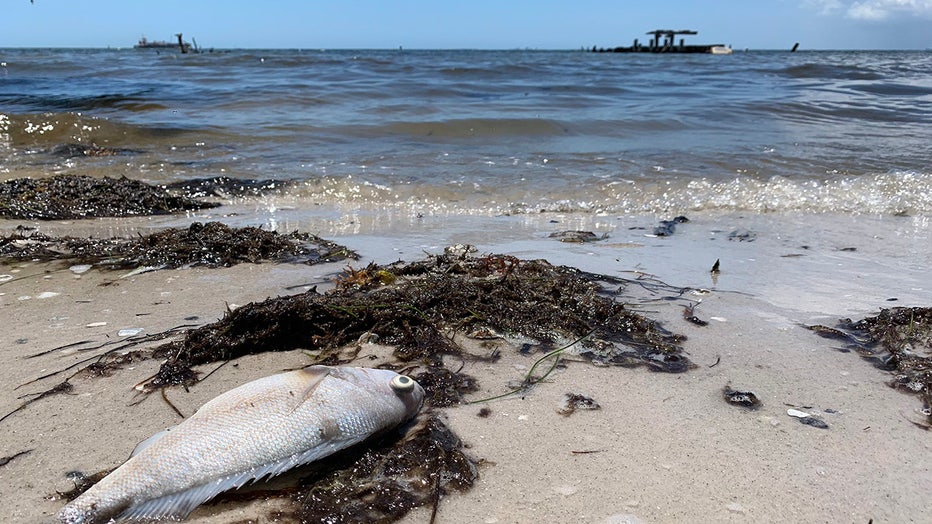 From residents, to those who make a living off these waters, there’s concern. Many are worried excess nutrients from 215 million gallons of Piney Point wastewater, dumped into Tampa Bay, will fuel a red tide bloom.

"I don’t know if it’s come in from the outside or if it’s developed from the spill, but there’s definitely something killing a lot of fish around Port Manatee," said commercial fisherman Rod Griffon. 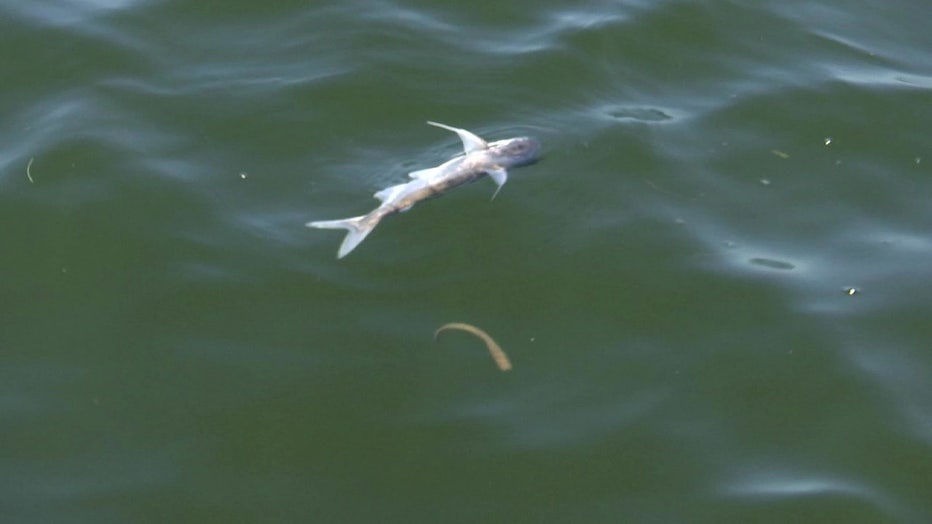 Griffon says each dead mullet he passes gives him a bad feeling.

"Mullet is probably 35% of our annual income in our commercial fishing. I hate to see the mullet floating this time of year because it will make a bad winter for us," he explained.

Over the last few weeks, the FWC's red tide map has become dotted with more yellow and orange dots. They signify low to medium concentrations of red tide.

Friday night, the DEP said FWC received reports of fish kills in Boca Ciega, Pass-a-Grille and St. Pete Beach. A link to the Piney Point leak has not been verified, however, red tide has been detected near the area.

Peter Clark, the president of Tampa Bay Watch, said after dumping that much nutrient-rich water into Tampa Bay, these conditions are expected.

How much worse they could get is unknown.

"Red tide and algae blooms do occur naturally in the bay," he pointed out. "Our concern is they are being driven by nutrients that don’t belong in the bay. But we also need to see how this grows or changes as we go into the summertime season. It may dissipate or it may grow in other locations around the bay as well."