MADEIRA BEACH, Fla. - A treasure hunter came across his "best find ever" while hunting with a metal detector on Madeira Beach.

Derek Smith was using a metal detector on Monday when he found a diamond ring in the shallow water.

Smith regularly visits the beach with a metal detector to search for valuables.

On Monday, he had set out to search for the ring after a woman contacted him, saying she lost her prized jewelry near the rocks by John's Pass.

He was recording video when he found the ring in the sand. 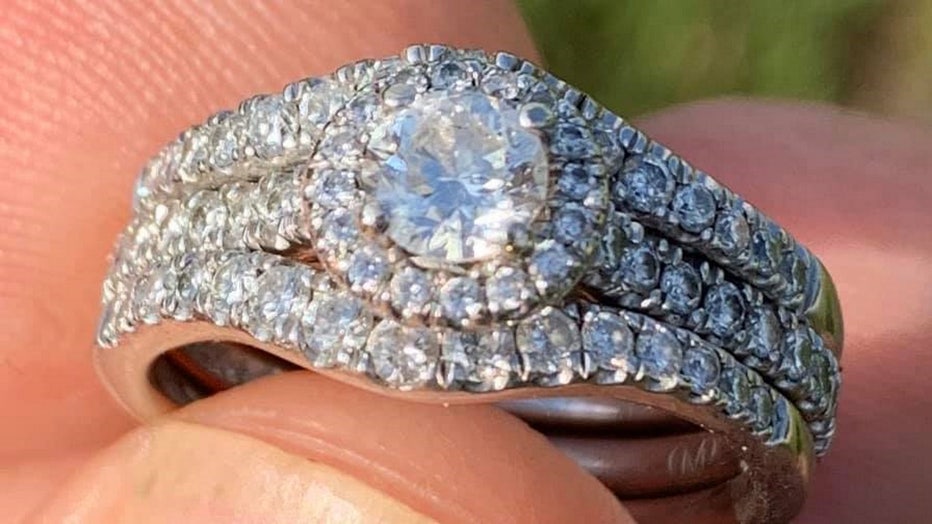 The ring features a large round diamond surrounded by dozens of smaller ones.

The woman's name is inscribed inside of the band, along with a maker's mark as well.

Smith said he will return the ring to its rightful owner.

"You go looking for something and you find it, it's one of the greatest feelings in the world," he said.