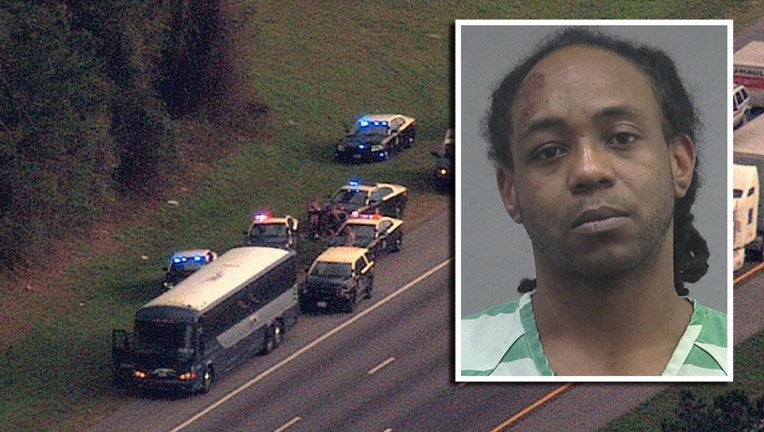 Christoffer King was arrested on a Greyhound bus headed north.

ST. PETERSBURG, Fla. - Florida Highway Patrol troopers boarded a Greyhound bus, headed north on Interstate 75, to arrest a man wanted for the murder of a man in St. Petersburg.

According to FHP, investigators believed the suspect was on a Greyhound bus that, at the time, would have been approaching Alachua County. When troopers stopped and boarded the bus, they called the suspect, 36-year-old Christoffer King by name.

King surrendered to troopers without incident and was taken to the Alachua County Jail.

According to St. Pete police, Jenks was at a bar in the shopping plaza where his body was found prior to his death. He had been beaten to death.