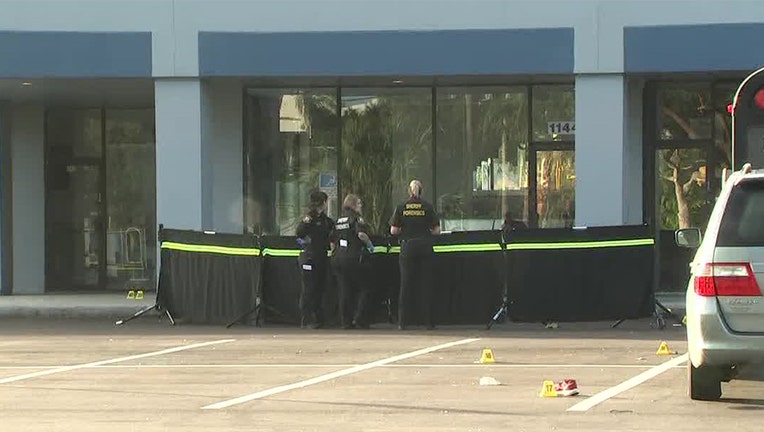 ST. PETERSBURG, Fla. - A man was found dead in a St. Petersburg parking lot early Tuesday morning, and police said they are investigating his death as a murder.

The 48-year-old, who has since been identified as Scott Jenks, was found in a shopping plaza parking lot at 1144 94th Ave North. Police said they received a call that a man was down around 4:40 a.m.

Detectives said Jenks was at "The Sports Bar," which is located in the shopping plaza, prior to his death. Detectives said there was “evidence of trauma.”