BRADENTON, Fla. - Drivers in Manatee County and Sarasota County have one more reason to be careful on the roadways.

While law enforcement officers hope drivers are always following the rules of the road, Tuesday they will be enforcing it.

During the morning rush hour, law enforcement was out on the interstate conducting traffic detail along the stretch of I-75 between Manatee County and Sarasota County. Their goal is to educate and enforce.

State troopers, North Port police, and deputies with the Sarasota County Sheriff’s Office stationed themselves up and down I-75 looking for drivers who are speeding or driving aggressively.

Law enforcement will also be making sure that motorists are following the Move Over Law by setting up scenarios to make sure people move over a lane or slow down for those stopped emergency vehicles.

As Florida Highway Patrol told FOX 13, they’ve seen an uptick in people driving erratically on the roadway as people start to return to their normal routines. 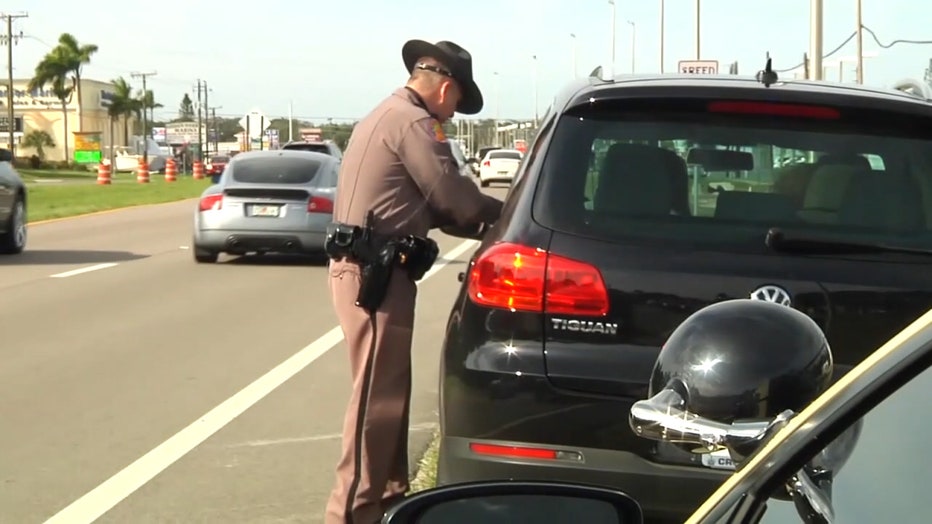 "Last year was the pandemic, our overall crash numbers were down, but what we see now. things are starting to become a little more normalized. People are coming out, but there is a lot of aggression out there behind the wheel, and that’s unfortunate. Aggressive tactics, multiple lane changes, trying to tailgate someone to the point where you are trying to force them out of the way because they’re going too slow or those little things lead to tragedies," said Lt. Greg Bueno with FHP.

FHP said that crash numbers have been low as a result of the pandemic. However, they’ve seen thousands of crashes along this stretch of the interstate since 2019.

"Since 2019, we’ve had over 3,000 crashes on that stretch of the interstate. Out of those crashes, 27 people have lost their life, over 1,000 have been injured and over thousands and thousands of dollars in property damage. We can do better," said Lt. Bueno.

They’re hoping that initiatives like this will help keep crash numbers low. Law enforcement will be out on I-75 until 3:30 on Tuesday.