Meteorologist Dave Osterberg breaks down the morning thunderstorms and the three separate systems out in the Atlantic, including Tropical Storm Bill.

"Look at that, Tropical Storm Bill," said FOX 13's meteorologist Dave Osterberg. "It’s way to the north and it’s just going to move out to sea. No issues at all with that."

In the meantime, there are two other systems the National Hurricane Center is monitoring.

"Two of three, absolutely no concern about it," Osterberg said. "The one coming off the coast of Africa, it’s too early for these storms. It’s only mid-June. You don’t usually get into these storms until probably August or so. Typically." 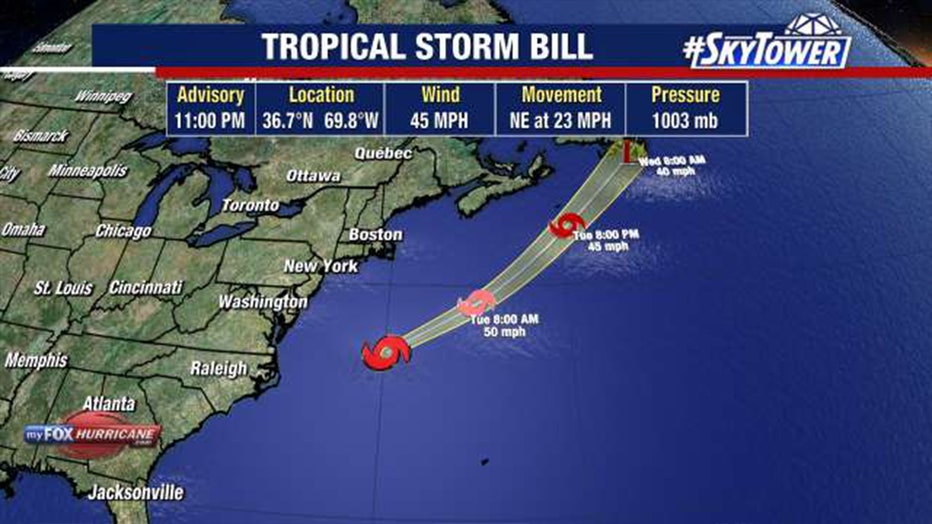 There is an area of interest in the southwest Gulf of Mexico that could become a tropical depression.

"All the convection moved onshore, so there’s not much going on right now, but the models are persistent in picking up this tropical pressure and moving it northward by the weekend," Osterberg explained. "It’s something that bears watching, but right now there is nothing going on." 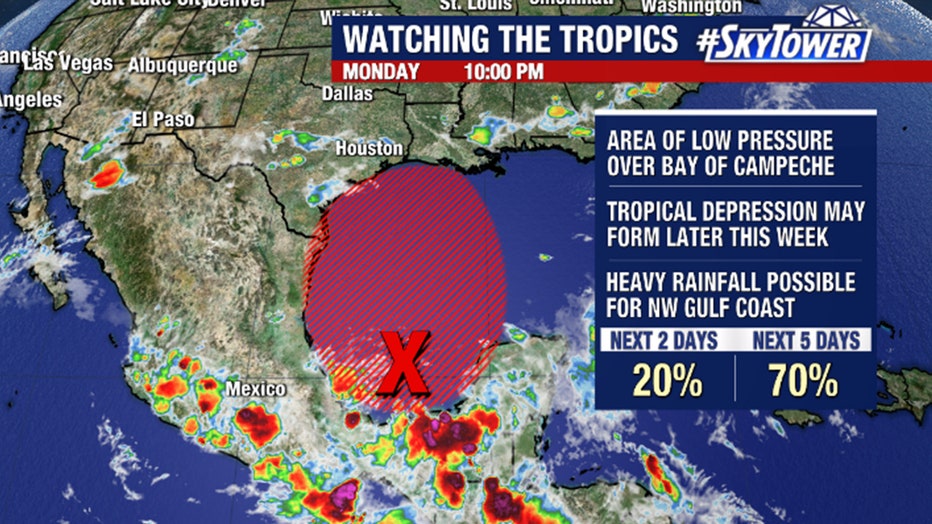 Meanwhile, Tropical Storm Bill will move further away from the east coast of the U.S.

"You have Tropical Storm Bill, which is on a fast path to getting out of here," Osterberg said. "That will be gone in a day or so." 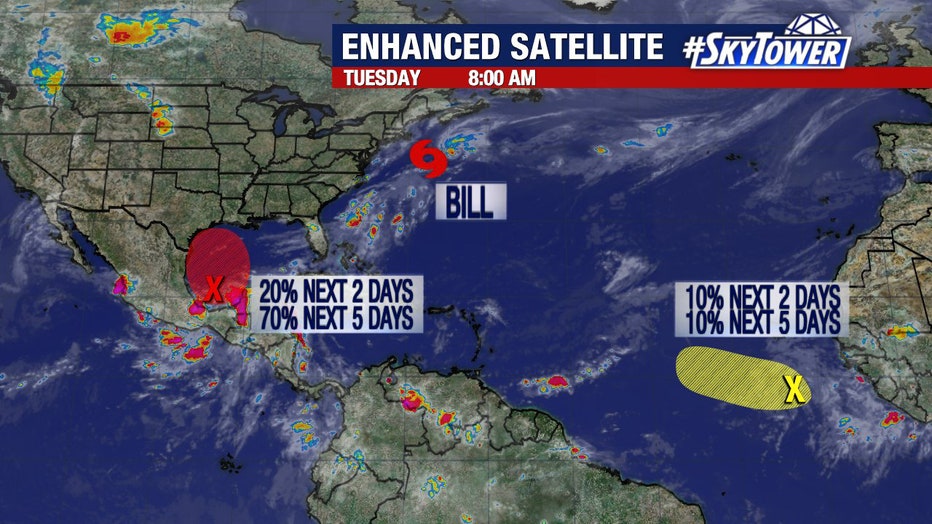 The National Hurricane Center in Miami said the storm emerged from a tropical depression swirling about 335 miles (539 kilometers) off of Cape Hatteras, North Carolina.

Bill had maximum sustained winds of 45 mph (72 kph) and was moving to the northeast at 23 mph (37 kph). The storm was expected to continue far off the Atlantic seaboard and not pose any immediate threat to land despite the possibility of some rough seas along the U.S. Northeast coast.

Some additional strengthening is possible on Tuesday, however, the system is expected to become a post-tropical low and dissipate on Wednesday.